Written By: Carol Roth | Comments Off on Stop Treating Me Like a Woman 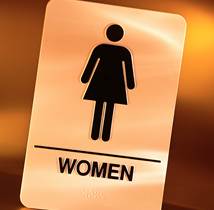 I recently received a request for an interview for an entrepreneur-focused media outlet.  This request was in fact similar to many that I have received before.  Paraphrasing, the editor said that they profiled many successful entrepreneurs on their site and recently realized that they had a lack of interviews with women entrepreneurs.  They were planning to do a week focused exclusively on women and wondered if I would consider an interview.

I replied that I would be happy to do the interview under one condition: that they didn’t run it during “ladies week”.

I don’t do quotas

I believe that while women are severely underrepresented in many aspects of business, there’s a delicate balance between finding and highlighting those who are underrepresented and tokenism.  And I am definitely not interested in filling part of a quota.

I believe that I stand on my own as a businessperson.  What I do is valuable and what I have accomplished is noteworthy, regardless of my gender or any other box someone might want to put me in.  In fact, as an entrepreneur and businessperson, I have spent a good part of my professional life living outside of the box, so why would I want to crawl inside of one now?

While I am aware that I am female, I don’t view myself that way.  My gender only comes into play when I have to choose which bathroom door to enter in a public venue, and frankly, when the line has been too long, many times I have gone straight into the men’s room.

I believe that when we single out people by their gender, race, or any other grouping, it marginalizes what they bring to the table.   It also creates a self-perpetuating problem.  For example, when women or other minority groups end up in networking or support groups, they limit themselves by interacting with peers at their level, not necessarily with individuals who can help them get to the next level.

So, if you find great people who also happen to be underrepresented in your media, organization or otherwise, bring them into the fold.  However, be cognizant that shining a neon light on their difference may undermine their credibility.