Written By: Britt Raybould | Comments Off on How to Successfully Navigate Tricky Online Situations 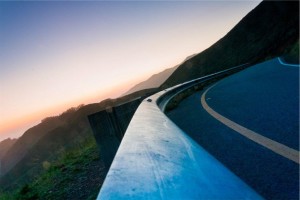 I hated seeing those words in my inbox. On a Monday morning, no less. I kept reading and discovered that a client was accused of making a misstep on Twitter. As part of a bigger campaign, we had partnered with another group to help promote a new project.

According to the “bad news” email, my client had responded unkindly to a follower in the other group. I’ll admit, the email perplexed me. I’ve known my client for almost a decade. The chain of events described to me did not sound like the person I know.

As a result, the partner was threatening to end the relationship and pull all mentions of the project. Convinced there was a misunderstanding, I promised to investigate. I only ended up more baffled.

My client had sent a tweet, or a direct message to be more accurate. The content of that message wasn’t mean. It wasn’t even critical of the other person. It was, however, a statement of fact about the overall content of this individual’s Twitter feed. In other words, this particular Twitter stream looked a lot like a 24-7 advertising stream.

My client then blocked this person, and the result was the “bad news” email in my inbox. After considering all the facts, my first response was to reply, “Really? Someone makes a statement of fact, and it becomes a ‘thing’?” Luckily, I didn’t hit send on that message.

Instead, I put myself in the place of the partner. A member of her community had shared feedback. Part of managing a community means treating that feedback with respect. Realistically, I didn’t need to make the complainer happy. But I did need to help our partner save face, even if it meant taking the blame for something I considered silly.

My client thought the message to be funny, a bit of a joke. I shared as much with the partner and included the message that there was zero intention on my client’s part to be unkind. The response also offered to make things right with the offended follower by sending them some free product as an apology.

This experience reminded me of two important rules. First, in most situations, people just want to know that you’re listening. The partner responded to the mea culpa with relief that I’d both acknowledged the issue and offered a way to make it right. She was so happy with how I handled the situation that she stuck with the project.

If I had brushed her off or made light of the situation, I have no doubt that she would have ended the relationship immediately.

Second, working online demands a sense of humor. I could easily waste a lot of energy every day getting mad or irritated about the stupid things people do online. From tone-deaf tweets to partisan comments, there are some people intent on infuriating readers. They want a reaction.

I’m getting better at remembering I don’t need to give them one. Whenever possible, I do my best to laugh at the stupidity – and focus on doing work that generates a positive response.

This story will happen again at some point in the future. Whether it’s me or you, we’ll face a choice. Do we sink into the insanity or do we seek to rise above it?

Think carefully before you hit send.