Susan Eckstein Wants Women to Show Up and Stop Shrinking

Written By: Catherine Morgan | Comments Off on Susan Eckstein Wants Women to Show Up and Stop Shrinking 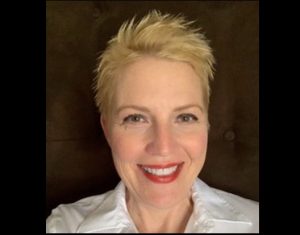 Literally every woman I have coached wrestles with self-confidence, in addition to issues around showing up and speaking out, or holding back.

Let’s be clear that there can be serious repercussions for speaking your mind in certain situations, including board rooms, and in many corporate situations women are held to a different standard than men.

Yes, even now the energetic go-getter guy may be praised while his female colleague may be told she needs to tone it down – explicitly or otherwise.

Susan Eckstein is a women’s empowerment expert, certified coach, facilitator, and speaker. She is focused on leading high-achieving individuals to own their personal power, so they can increase their visibility, have confidence, and take up space. I reached out to her to get an expert’s take on this.

Morgan: Susan, you recently told me about giving a presentation to a group of executive women and you were surprised by the group’s response.

Eckstein: Yes, I was giving my signature talk, “The 7 Subtle Signs You’re Shrinking and What to Do About Them,” and as I shared the not-so-obvious ways women shrink, e.g., downplaying achievements, having an apologetic communication style, trusting other people’s opinions instead of their own, comparing themselves to others – several women chimed into the chat with even more ways they were stopping themselves from being seen, heard, and taking up space. There were lots of comments saying, “Yep, I do that, too.”

It’s striking how many women are fully aware they’re holding themselves back from standing in their power. And despite this knowing, some women are throwing their hands up and reluctantly accepting this is how it is for women. It’s an epidemic.

Morgan: Why do you think that is?

Eckstein: The risks of taking up space seem greater than the reward. For many women, as uncomfortable as shrinking is, it’s more comfortable to hold yourself back than risk being criticized, alienated, or stigmatized by others. We believe that men who have strong opinions or make bold decisions are respected, while women are seen as difficult to work with.

Women in business are constantly walking a fine line between being seen as assertive or aggressive. If you’ve ever seen a female colleague get shot down in a meeting for offering a different perspective, you’re more likely like to sit back, shrink, and stay quiet. It’s frustrating and exhausting, and holds us back from advancing in our careers.

Morgan: What can we do to better support women leaders?

Eckstein: We must create safe spaces for women to be seen and heard.

I was on a Zoom call recently with several women. As a handful of them started dominating the conversation, you could see many of the other participants disconnect from the conversation and start to shrink.

After a few minutes the meeting host said, “Before we go any further, I think it’s important to hear from everyone. Sarah, what do you think?” She called each woman by name and invited her to share her thoughts. In an instant, the energy in the room changed. The women who were once passive leaned into the camera and actively participated. Their body language changed, too, and you could sense feelings of connection, engagement, and belonging. It was a powerful lesson in how to invite every woman to take a seat at the table.

Also, you can be a role model for other women and show them what it looks like to be an effective and assertive leader. Invite women into conversations and ask for their opinion. When women see other women standing in their power, they are more likely to follow suit.

Morgan: I love this. We’ve definitely made progress over the past decades, but there is clearly much more we need to do.