Written By: Carol Roth | Comments Off on That $100 Million Dollar Design Email 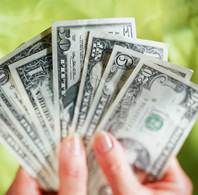 I’m in the fortunate position to be asked for guidance from many aspiring entrepreneurs, as well as struggling to successful business owners.  Given that many of the questions or solicitations are similar, I like to share them with a broader audience.

A couple of weeks ago, this popped into my Twitter stream:

It was followed by this:

I have the new $100 million clothing line in 10 years. I just need a boost. If you know store buyers, I would love to joint together.

This isn’t an unusual story/request.  But what is this or any new business idea worth? Hint: it’s probably worth a lot less than you think.

Entrepreneurs starting businesses often get enamored with their new business ideas and place all kinds of values on their “next big thing”.  But what’s the true value? Here’s a handy little formula for you: take whatever you think your business idea is worth and multiply it by zero.  That’s right; your new business idea is not worth anything.

Now, before the steam comes pouring out of your ears, you have to understand that generating an idea is the easy part.  The work begins once you start executing the business.  So, unless you can take that idea and put the time, energy, capital and other resources behind it to make it into a business that produces a nice profit (and hopefully, some great value to your customers), you’ve got nada.  Even if you come up with the next big invention, web application, etc., until you translate it into something tangible- whether through filing a patent, doing a working mock-up, etc.- you haven’t really created anything that someone else is willing to put a price on.

In this query, yes, there has been some design work done.  However, the design doesn’t represent something that has value yet. It doesn’t have a brand or distribution.  Designs themselves aren’t worth anything.  It’s once the hard work is put in to make it known, loved and coveted that the value begins to be tangible.

The gentleman who sent me the inquiry has this as his Twitter tagline: “I am only the right celebrity endorsement away from a $100 million.”  Not only is this doubtful, but if it were true, about anyone with an idea could say the same thing.  While I give him props for taking the risk to ask for help (not just to me, but based on his Twitter stream to Mark Cuban and a few others as well), his time would be better spent hustling sales and proving a market at this point.

So, what’s the takeaway?  Instead of focusing on your idea, focus on your business model, a prototype, your customers, marketing and your overall execution- once you get past the idea is where the real value gets created.

*Note, I am including the link to the picture, so there’s your spotlight…