Written By: Rich Gallagher | Comments Off on The 20% Rule 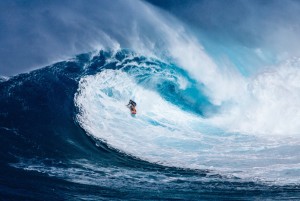 Nearly a decade ago, I did something a little crazy. I went back to graduate school in my 50s to study to become a psychotherapist. It was something I wanted to do all my life, but had pushed aside decades ago in favor of a more “practical” technology career.

Tonight I did something else crazy, given how busy I am this week. I went online and searched for dozens of my old classmates out of curiosity, to see how many were listed as practicing therapists ten years later. The result? Roughly 20%.

This number probably isn’t quite as bad as it sounds. Of the remaining 80%, some people had already been therapists, others went on for PhDs, and many graduated and pursued other good careers. And my survey wasn’t exactly scientific. But it still raises an important question that I feel every small business owner should ask him or herself:

If you knew that only 20% of you would ever succeed, would you do what you are doing?

If you can answer “yes” to this question, assuming there is any kind of market for what you are doing, I feel that your success is a virtual certainty. Here’s why:

You’ll want it badly enough. Most of us neatly divide the world into people who work hard and people who don’t. But how hard *you* work usually depends on how much you want something. If you jump on it like a possum on wet sack of groceries, success usually follows, but if you aren’t excited about it, you would need a superhuman effort. Same you, different context. Which leads me to my next point:

It won’t feel like work. News flash: every successful path in life has obstacles. Lots of them. Any of them could be a “reason” to quit or backslide. But you will gladly climb over them when you are on the right path.

For example, not only did I juggle full-time consulting work and graduate school, but midway through my program a legal snafu forced me to go out of state for my year-long clinical internship. Some days I spent five hours a day in my car commuting to Pennsylvania and making client visits there. How did I feel about that? I always had a big smile on my face, thinking, “Whee, I’m going to be a therapist!”

You will sweat the details. What separates the good from the great? Putting in the extra effort – to be an expert, to deliver a better experience, to stand above the others.

Here is the most amazing thing about the 20% in my class who became successful therapists: I pretty much knew who they were right from the start. They were the ones who lit up discussing counseling issues. The ones who submitted great papers and assignments. The ones who never phoned it in. To succeed, they didn’t have to do anything but be themselves.

You’ve probably heard the joke about what they call the person who graduates last in medical school: “Doctor.” But here is a more important point: how well do crappy doctors do over time? Crappy.

And if these hypothetical crappy doctors had chosen something they could really throw themselves into, they probably would have kicked butt. But someone somewhere told them that being a doctor was prestigious and lucrative. So they became crappy doctors instead.

The same thing is true when you choose a business that other people say is a hot field, or offers you financing, or follows what dear old Dad did. None of this matters in the end.

What really matters is how much you live and breathe what you want to do. Nail that, and the rest will all take care of itself. Because 80% of your competitors will be trailing behind you.