Written By: Carol Roth | Comments Off on The Angry American Apologizes 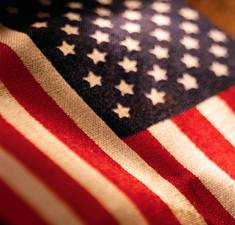 So, the other day I received an unsolicited, hate-filled email that stemmed from a prior tv appearance.  If you missed the discourse, you can find it here.  It was one of many that I receive that are similar in tone.

My course of action was to understand that the attack wasn’t personal and acknowledge the person’s hurt. Then, I appealed to him to treat people better.

I received- as I often do- an apology.  Here’s the follow-up:

Name-calling and vicious vitriol is no way to treat another person, particularly one you’ve never met, and for that, I owe you an apology.

The format of a show like Real Time is unique in it’s ability to stir one’s emotions by placing important questions and ideas before the viewer in a forum that seems to invite inclusion, while in fact alienating the viewer by forcing them to live vicariously through the responses of a surrogate on TV.  It’s frustrating, at times, when there is not a voice on the panel to represent one’s own, and apparently yelling at my television was not sufficient enough response.  To your great credit, you responded to my rant personally.  I have to admit, I was surprised and somewhat shamed into admitting that I should have, and could have, used a more appropriate discourse from the start.  After repeated forays into communicating with various politicians, congressmen, etc., in various tones and states of approval or disapproval, I have become accustomed to receiving an obligatory automated response and (usually) unwelcome addition to their cyber mailing list.  It gives you the impression, after awhile, of shouting (or crowing, as it were) into a dark hole, a wire-up to the unresponsive universe as an extension of the TV you were just shouting (or crowing) at.  The fact is, I more or less regretted my mean letter almost right after I sent it (I hadn’t even finished watching the episode) but was assuming it would be caught by a spam or auto-reply filter and i would be added to your mailing list.

Whatever my latent anger issues and/or personality defects, I can assure you that misogyny is not the source of it.  I doubt you have much interest in a prolonged debate on my mental health, nor do I feel the need to defend it, but as regards my language, it’s more a question of the linguistic power and poetry and implied social context of a word than the implications of it’s targeted usage.  Again, probably not the kind of conversation worth delving into, but suffice to say that when I fling words like “pig” or “cunt” around, they contain a power of emotional intent that I find utterly separate from, and irrelevant to, the gender/sex of the target.   Sorry, this is probably coming off as a too-long defense of behaving badly;  I guess it’s my way of pointing out that I’m not actually the boorish, insensitive, unintelligent bully that I came off as.  You paid me enough respect by taking the time to respond to my tirade, so the least I can do is try and provide some context.

The mascara cheap-shot aside, my unattractive human comment was not a commentary on your physical appearance.  Not that taking a swipe at your personality is any less hurtful or unfair.  Just for what it’s worth.   Wow, this entire reply is one long foot in my mouth.

The fact is, it very much WAS your “philosophies, facts and opinions” that “set me off.”  Curiously, I don’t even remember the exact comment or series of them that did it, nor can I even recall the general context of the issue being discussed.  I believe it was one of those ubiquitous moments on that show when someone is arrogantly proclaiming something as “fact” without providing anything more than their word and so, by definition, their inferred credibility.

Even if I remembered the topic, I would have no interest in debating it with you here.  Just to say that I find the political era we are living in to be enormously counter-productive, even dangerous, and unlike what may have been a truism in times past—that “both sides” are responsible for this dysfunction—there is right now a very tangible and clear blame to be placed on the far conservative right, currently represented ideologically and concretely in the form of the Tea Party.  Their behavior is essentially that of kamikaze pilots, and born out of ignorance and misguided anarchy.  Any attempt to defend this behavior or in any way validate the futility of conducting public discourse this way is patently offensive to me.  It pushes my buttons.  This supposed equal balance of blame and credit shared by the left and right is a common rally cry from the Right that I find disingenuous and just patently false.  Perhaps you defended some cause or person that I find reprehensible (who has very much earned my hatred and vitriol) and you, therefore, became reprehensible to me, by extension.

For now, though, it’s enough, for me, to just agree to disagree.  Just to say that my frustration lies in the fact that when this happens—and you are by no means the first—all too seldom does another member on the panel ask for a clarification, or a source, for that statement.  It speaks to this unreal Age of Chaos that we live in, when history has never been more disturbingly unstable, and the obsessive transmissions of the Constant Immediate Now have made the interpretation of the inherent truth of our shared experience into a commodity that is up-for-grabs.  A clever pundit or politician is not the one who deals in “truth” or “fact”, not necessarily;  it is the one who uses data, empirical or otherwise, in the most useful context at the most opportune times.

In any case, I’m sorry for calling you a bad person, and I’m sorry for reflecting on my own humanity by acting in such a manner.  Incidentally, I don’t recall accusing you of being a Bush supporter.  (I may use the C-word a bit too indiscriminately, but I do have SOME modicum of propriety.)

Thanks for taking the time to submit a thoughtful response.  I accept and appreciate your apology.

I understand your frustration and as a voice in the media I concur that there are many that lack knowledge.  However, there are some that may surprise you.  I would encourage you to keep an open mind- and more importantly- open ears. Sometimes, people who may actually think more like you than you think or may have a point of view that enhances your own, are painted in a different light by hosts and guests, which can taint your perception.

At the end of the day, even when we disagree on some points, I am sure we all share some common values.  It’s from those where we will be able to take the US forward.

I hope to have the opportunity to share ideas with you again in the future.