The Crappy Way to Success

Written By: Rich Gallagher | Comments Off on The Crappy Way to Success 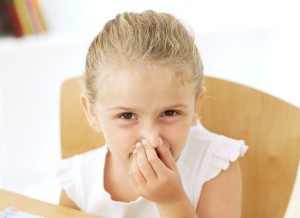 Find something you love doing, and start doing a really crappy job of it. Then just keep doing it and watch what happens.

Michael Jordan, one of the greatest basketball superstars ever, did not make his varsity basketball team in high school. Do some digging on YouTube sometime, and you’ll see a 1977 clip of a young, nervous and not-terribly-funny Jerry Seinfeld in big glasses and a leisure suit, making his first awkward appearance on local television. And if you are in awe of musical masterpieces like The Beach Boys’ early albums, try listening to their session outtakes sometime and see where they started.

My own successes have pretty much all come from swimming upstream from the crappy end of the pool. Take my writing career: in 2004, I decided to try my hand at the burgeoning business fable market. The result? A book entitled The Perfect Company, whose success wasn’t exactly perfect. It wasn’t a total flop – it got picked up by the Forbes Book Club and actually made a small profit – but if you purchase a copy nowadays you’ll probably boost its rank on Amazon.com from last place to second-last.

However, the lessons I learned from that experience stuck with me, and when I tried again in 2008 the results were dramatically different: my 2008 book What to Say to a Porcupine hit #1 in customer service, was displayed face-out at many major bookstores, and was a finalist for 800-CEO-READ’s business book of the year. Even now in 2014 it was recently a top 5000 book on Amazon. None of this could have ever possibly happened if I hadn’t written The Perfect Company first.

So what differentiates the crappy-but-eventually-successful from the just plain crappy? Two things: persistence and wisdom. Some people remain crappy because they don’t keep at it long enough. Others stay crappy because they aren’t wise enough to honestly assess whether they have the talent to get there. Working hard to become a better writer and speaker has paid off very well for me – however, if I try to make an NFL roster as I turn 60 this year, not so much. And anyone who has ever heard me sing would strongly caution me against a recording career.

Which leads me back to my original point: pick something you love so much that you are willing to be crappy at it – and keep being crappy, with a smile on your face. If you do, you will find that the path to success runs in a straight line from crappy to happy.