The Gig Economy and Freelancing Are at Risk

Written By: Catherine Morgan | Comments Off on The Gig Economy and Freelancing Are at Risk 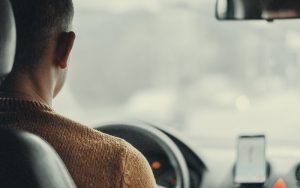 Many of us, myself included, have freelanced – or have our own business and are also simultaneously freelancing.

In fact, I am doing that right now writing for this blog.

You, or someone you know, could be seriously impacted by some recent legislation, and in her opinion piece on foxbusiness.com, Carol shares some of the disastrous effects California’s AB5 law is already having on many types of freelancers, not just Uber or Lyft drivers.

From the article California and federal politicians want to destroy millions of freelance jobs – We can’t let them win:

“California’s AB5 is the perfect example of people not understanding the unintended consequences of legislation.

America is supposed to be the land of freedom and opportunity, and by extension, freedom to pursue opportunities. For nearly 57 million entrepreneurs who work as freelancers and independent contractors in the United States, however, as part of the “gig economy” or as part of the way they run their independent small businesses, recent legislation is taking that opportunity away.

This started in California with a law called AB5, that was sponsored heavily by unions, shepherded by State Assemblywoman Lorena Gonzalez and was sold as a way to impose better regulation on UBER and Lyft drivers.

While that legislation wouldn’t have been acceptable by itself, it turns out, unsurprisingly, that it didn’t stop there. Under AB5, independent writers, caterers, cleaning crews, stylists, photographers and myriad other professions across a slew of industries who work heavily as independent contractors instead of employees are now finding themselves out of work entirely.”

You can read the rest of the article here.