The Grilled Cheese Incident: Fix- Rather than Explain- the Problem

Written By: Carol Roth | Comments Off on The Grilled Cheese Incident: Fix- Rather than Explain- the Problem 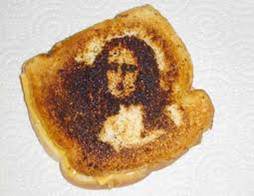 I was recently having a business lunch at a local Chicago restaurant when a special grilled cheese sandwich caught my attention on the menu.  It was listed as having cheddar, swiss and goat cheeses, truffle oil, caramelized onions and toasted pine nuts on sourdough bread.

My first thought was “yum”, followed by a facial expression that mirrored Homer Simpson when he thinks about doughnuts, possibly including some drool.  But in re-reading it, I decided that the truffle oil was going to be too much for lunch (plus, fun fact- almost all truffle oil is 100% synthetic and not made from truffles, so I try to skip it out of principle). I asked the waiter if they could make the sandwich without the oil.

The waiter was fairly certain that the cheese mixture was pre-prepared with the oil, but I urged him to ask the chef.  He came back and said that it couldn’t be accommodated.  I told him that I was perplexed that they couldn’t make me a grilled cheese without truffle oil (as it is one of the most common menu items in America), but he wasn’t budging, so I ordered something else.

During the meal, the manager came over to “apologize” that they couldn’t make me the grilled cheese sans truffle oil.  As one who can’t help but speak my mind (especially when someone is using the guise of a non-apology), I communicated that I appreciated him coming over, but was baffled that I couldn’t get something as simple as cheese without oil.

He responded, “Well, we could have made you one with American cheese, but not with that special cheese mixture.” (Note, he was very condescending about the American cheese, which I find quite delicious.)

I promptly responded back, “Well, that would have been great, but it wasn’t offered as a solution”.

I contrast this to a restaurant like Chicago’s own Gibson’s Steakhouse, which empowers its servers to do whatever it takes to make a customer happy.  At Gibson’s, if they couldn’t make the grilled cheese sandwich, the wait staff would literally go down the block to another restaurant until they found someone who could.

Too often, when there is a customer issue, businesses take the route of rationalizing or explaining the problem, instead of finding a way to solve it and taking care of the customer.  The restaurant in question was so caught up in its special grilled cheese extravaganza that they couldn’t offer up another way for me to get the desired result.

It may be natural to want to defend a position about why your business operates in a certain way, but I encourage you to change your mindset from explanation to action.  See if there is another way to make the customer happy.  Sometimes, all it takes is a slice of American cheese.