The Law of Twice: Taking the Risk Out of Self-Employment

Written By: Rich Gallagher | Comments Off on The Law of Twice: Taking the Risk Out of Self-Employment 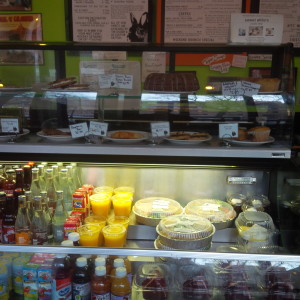 Congratulations! You are planning to leave the 9-to-5 and start your own business.

Our genial host Carol Roth would be the first to tell you that being an entrepreneur is not an easy road. She should know: she is nationally known for judging people’s business plans, and even wrote a New York Times bestseller about the pitfalls of business startups. And she is absolutely right. But I would like to show you another path to being on your own that is much easier on your nerves, and your wallet.

You see, for me, self-employment is the most sober, rational thing in the world. Having one job that can get whacked at any time seems risky and crazy to me, while being on my own has long been my ticket to a secure, comfortable life. And it can be exactly the same thing for you, too. As long as you follow one rule.

I call this rule the Law of Twice.

Here is how it works: whatever you are planning to do, find at least two living, breathing people who already make a good living doing it. If people have already done what you want to do – at least twice – then all you need is to be really, really good at it. Which means much less worry about succeeding.

Starting a company like Facebook doesn’t follow the Law of Twice. That is the Law of Once. One lucky person hits the jackpot, while the rest are languishing somewhere in MySpace-land or worse.

Starting a company to create, say, Bluetooth slippers doesn’t follow the Law of Twice either. That is more like the Law of See Carol Roth ASAP. If you are (a) a hipster, (b) crowdfunding your idea, and (c) waiting for it to go viral, you are many good things, but secure isn’t one of them right now.

Even taking on a franchise doesn’t follow the Law of Twice, unless you’ve met personally with at least two successful franchisees in similar markets. I wish I could say that every franchise opened here in the last few years was successful.

The key principle behind the Law of Twice is to see where the money is already going, and then go there. Here are some examples:

To be clear, I have nothing whatsoever against any good business idea. There are lots of things you can choose to do and succeed at. (For example, setting out to be a poet doesn’t sound lucrative on paper, but Maya Angelou is reportedly a multi-millionaire.) But my point with the Law of Twice is that with some paths you hope to be successful, and with others you can plan to be successful, if at least two other people are doing the same.

Finally, what about the romance of entrepreneurship? Don’t worry, it can be good friends with the Law of Twice. Writing lots and lots of reports eventually sharpened my axe for writing bestselling books.

Many therapists have monetized their knowledge through self-help or training programs. Even Microsoft started life as a consulting firm programming traffic surveys.

My real point is that being on your own can be much more secure than you think – if you remember there is safety in numbers.