The Magic Number Is Six Months

Written By: Rich Gallagher | Comments Off on The Magic Number Is Six Months 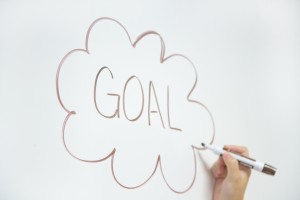 Thinking of starting a business, or becoming self-employed? Here is one simple rule that will make you much more likely to succeed: have at least six months of living expenses in the bank first.

You might be thinking to yourself, “I live paycheck to paycheck. I have credit card bills, car payments, and a mortgage. How am I ever going to put aside half a year’s living expenses?” Relax – we’ll get to that in just a minute. But first, let’s look at why six months of living expenses is practically an inviolate rule:

It helps you transition from paychecks to cash flow. Even the most successful small business usually needs to do work or sell stuff, invoice your clients, and then – and only then – wait another month or so to get paid. And that is once you are actually working. Trust me, acting financially needy is *not* a good client-building strategy.

It is a hedge against stupid. My first month on my own, I was offered a “professorship” at a local business college. (Note the finger quotes.) The compensation? $15 per teaching hour, no prep, no travel reimbursement. Thankfully I said no. Not being broke and desperate let me turn down low-paying gigs, bad partnerships, and ill-advised business opportunities.

It lets you take gigs others can’t. Once I was on a major project where I not only had to wait six months for the wheels of contract approval and payment to turn, but even had to front the money for my own business trips. How did I feel about this? Great! Because it was a really lucrative contract, I was eventually paid every penny, and without having control of my cash flow, I couldn’t have played.

Now, let’s look at some ways to make six months of living expenses appear, especially if you are like most people and aren’t wealthy:

Hack your lifestyle. When I went on my own, I had a great corporate job and a nice house in the suburbs of Pittsburgh. So how could I afford to make the leap? Simple. I purchased a modest mobile home in a nice, safe community in my native upstate New York, rented out the house in Pittsburgh, and BOOM – I was now living a nice life on next to nothing. Think creatively how you can too.

Line up customer funding. Can you get a contract or retainer for your next gig, or an advance on your next big sale? That counts. Companies like Dell Computer built an entire business model around building products with customer cash in hand, and in many cases you can too.

Do it the old-fashioned way. Giving up premium cable, that latte at the coffee shop, or your next vacation would seem miserable to most people. But when the next thing in your life burns brightly enough, possibilities open up to you, and getting on a regular savings plan and making lifestyle choices doesn’t hurt as much.

One thing I am not putting on the list is dipping into your retirement savings. This is not only dangerous for your future, but it is also a very expensive source of funding, including withdrawal penalties and the loss of future growth. I personally did not spend any of mine when I went into business.

However, knowing that the money was there – and that some of it could support me for a while in the very worst case – did help give me the confidence to move forward.

The good news is that once you have six months of living expenses in the bank, you have possibilities that other people don’t. Particularly if your planned line of work isn’t particularly risky, such as taking on a big contract or starting a professional practice.

People say that money can’t buy happiness, but when it comes to being an entrepreneur, it certainly can buy the next best thing: your freedom.