Written By: Catherine Morgan | Comments Off on The ‘R’ Word We Don’t Want to Hear 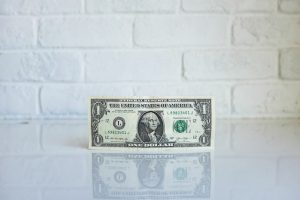 What is something that may be hiding in the shadows that none of want to think about? Recession. In “Roth: What are the warning signs of a recession?” published recently on theblaze.com, Carol Roth gives us some guidance on what a recession actually is, and what we need to watch for. Carol begins:

You have been hearing more about the dreaded economic “R” word: recession. Many Wall Street analysts and economists are now increasing their expectations for a recession, so how concerned should you be?

While there are often clear indicators that point to the economy’s future, many of those indicators have been substantially disrupted by the fiscal, monetary, and other policy decisions made over the past couple of years. So, while certain economic warning signs may be flashing red, based on the overall backdrop of the economy, today they are a bit more difficult to decipher.

Additionally, what is a recession? Recessions are declared by the National Bureau of Economic Research, usually after they happen. The bureau’s website says the “traditional definition of a recession is that it is a significant decline in economic activity that is spread across the economy and that lasts more than a few months.” While they usually look to three “D” factors — depth, duration, and diffusion — extenuating economic situations can change that. The economic areas that are evaluated include inflation-adjusted or “real” GDP, real income, employment, industrial production, and wholesale and retail sales.

Given all of that, here are some things to watch for.

Photo by Kenny Eliason on Unsplash