Written By: Carol Roth | Comments Off on The Ultimate Four Letter Word: Nice 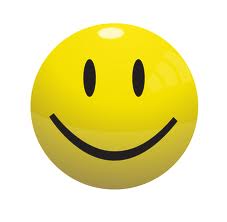 Nice is the unflavored gelatin on the dessert buffet of life.  It’s the adjective that you should be striving to avoid instead of striving for.  Being nice often ends up in people being taken advantage of and generally disrespected.

I had lunch with a fantastic woman recently who told me that she had a problem with being too nice.  Exhibit A:

When I asked if she had called them on it, she said she didn’t.  Since sometimes the benefits don’t outweigh the risks, I asked her why not.  She admitted that she was, “too nice”.  She was also, “afraid of blowing the business deal”.

Here’s the problem with that logic.  First, why would you want to be in business with someone who treats you like a jerk?  And if there was some type of relationship to be had, do you want to set the precedent that you are a carpet that can be walked all over?

The denotation of nice is literally “satisfactory”.  It’s not mind-blowing or game-changing.  It doesn’t command respect.  Ms. Congeniality may get a ribbon, but that’s about it.