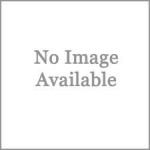 The Upside of Failure

Written By: Tim Eyre | Comments Off on The Upside of Failure 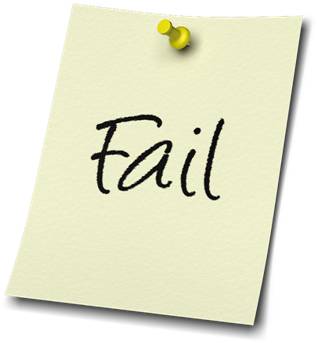 I didn’t think about this when I started my current job, but it turns out a lot of my success depends on my willingness to accept failure. In fact, you probably aren’t going to encounter true success if you aren’t brave enough to stare failure in the teeth, invite it in for a cup of coffee and acknowledge its presence in your life.

We learned as children to fear failure; who has not wanted to eradicate that sad look in a parent’s or teacher’s eyes when we do not meet their expectations? But to be successful, we have to move beyond those childhood fears.

Every failure leaves a scar as well as a lesson. They expand our perspective. I envision a fallen skier in the snow, face to the sky. It opens our eyes to look at the world from this angle.

No one succeeds without taking risks. Should I expand to another city? Is it worth my time to attend yet another symposium? When is the best time to expand my staff?

Rarely are the answers to these questions crystal clear. Indeed, many of us debate them internally or with colleagues, arguing both sides and evaluating all the contingencies.

And yet it may not be enough. Some risks will pay off and others won’t. The fault may be ours or it may not. We could not anticipate that tsunami, that political scandal, the death of a good customer. Things always happen that are outside our control. The question is, what do we do next?

Some years ago, a young writer grew discouraged at the number of rejection slips he was receiving. He felt like a failure and wondered if he was wasting his time trying to write for a living. As he added the latest letters to the bulging file in his attic-turned-office, he stared at the peaked ceiling. On the spur of the moment, he decided to take the letters out of the file, where they mocked him on a daily basis, and display them by tacking them to the bare walls and ceiling. Highly visible, the letters became a spur. As he looked around and saw plenty of open space remaining, he determined to fill that space as quickly as he could. As a result, he sent out even more query letters. Although he didn’t see it at the time, what he was doing was embracing the chaos of failure and taking valuable steps toward success. By increasing the number of pitches he made to editors, he increased his odds, and soon a few acceptance letters turned up in the mail. He even sold a piece about his wall of rejection to a writing magazine!

I’d never deny the importance of safety. No way would I jump out of an airplane without a working parachute! But sometimes “safety” becomes an end in itself. It’s certainly true that playing it safe cuts down on the chance of failure. But it also reduces the chance of success! If you never take that risk, you’ll get stuck. In fact, you’re likely to fall behind your competitors who didn’t stay hunkered down in the bunker. We need to redefine “failure” so it’s not a measure of personal inadequacy but a necessary step on the road to success. Indeed, it would be hard to recognize success unless you had tried other methods and found them lacking.

People in the entertainment industry know a lot about what we call failure. The odds are against them from Day 1.

So, they have something to teach us all about perseverance and success.
“You can’t have any successes unless you can accept failure.” That’s famed director George Cukor’s take on the subject. Nothing exists in a vacuum. It’s a conundrum: if you take more risks, you will experience more failures. But you will also experience more success. The sooner you understand that, the more likely you are to save yourself a lot of grief. Mickey Rooney was more colloquial: “You always pass failure on your way to success,” he said. I think about that on a tough day. Today’s difficulties, today’s failures … I leave them on the road and I keep going.

Some failures are in fact brilliant successes. The sticky note, super glue and even penicillin would not be around if some brilliant scientists hadn’t “failed.” All the more reason not to define failure as a flaw. And how much sweeter the success when we have learned not to be derailed by failure.

Working with self storage users all over the United States, Tim Eyre helps customers store their stuff in places like Philadelphia self storage and North Fort Myers self storage. In his spare time, Tim likes to get outside for a game of basketball or a round of golf.