Their Comfort Will Reflect Your Comfort

Written By: Bob Burg | Comments Off on Their Comfort Will Reflect Your Comfort 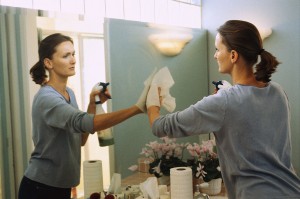 During the Q & A part of a recent live program in which I took the audience through a very simple referral-gathering process, a very nice woman asked a question that was obviously troubling her:

“Even after receiving a referral from someone, isn’t calling the referred prospect just one step above a cold call?”

Actually, in terms of its efficacy in building a potential customer relation, it’s many, many steps above a cold call. After explaining to her that the point of the referral was to positively leverage the already-existing relationship of two people who already “know, like and trust” each other (thus, much more than simply a cold-call plus), I could see she was still quite uncomfortable.

So, we did a bit of a diagnostic. You see, just as the objection of a sales prospect is usually not the true objection but part of a bigger challenge – often not even totally grasped or understood by the prospect himself – most people’s discomfort with the selling process is, just like with this woman, often deeper than what it appears to be.

Fortunately, this was fairly simple. After just a few moments, it came down to the fact that she so dislikes receiving phone calls from strangers – even those referred by those she knows, likes and trusts – that she assumes that those she calls will feel the same way.

And…when she calls, they probably do. Not because she’s a bad person. On the contrary, you could sense in her essence that she is kind, sweet, lovable and terrific in every way. In fact, she had such a nice, encouraging smile that it’s difficult to think anyone wouldn’t embrace her, even over the phone.

However, because the idea of a call (even one based on a very qualified referral) from a stranger is something that she finds so offensive, she transfers those feelings to her prospects. She establishes a negative frame, they pick up on it and send it right back, and it escalates from there.

On a very basic level, it goes back to the old saying:

“If it doesn’t bother you, it won’t bother them.”

However, as we know, the opposite is also true.

In actuality, this post is not about calling a referred prospect. It’s about understanding that whatever we are doing when interacting with others, we need to feel so comfortable with the process that we communicate comfort, not discomfort. For example, I often ask salespeople, “How can you ever expect to influence someone that what you have to offer is of value and worth much more to them than the money they are exchanging for it…if you don’t feel that it is of immense value and worth more than the money that they are exchanging for it?”

In this specific context – calling a referred prospect – we do this most effectively by feeling so secure in the value we bring to that other person, that we know we are doing them a service by calling them. A huge service!

How do you utilize this principle in your unique selling situations?

Article written by Bob Burg
Follow @http://twitter.com/PointA_PointB
Bob Burg is coauthor of The Go-Giver, and author of Endless Referrals. His newest book is It’s Not About You (also coauthored with John David Mann). Download Chapter One of Burg’s books by visiting www.Burg.com.