Three Numbers vs. One

Written By: Britt Raybould | Comments Off on Three Numbers vs. One 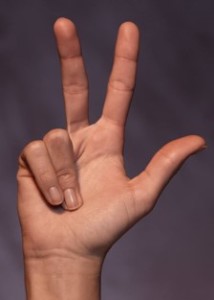 Do you also rely on tools to help you understand all your options? A quick Google search, maybe? How do you cut through the noise and end up where you want to be? Think about that for a minute, and let’s revisit those numbers.

In 2013, approximately 292,037 books were published in the United States. During that same time, 1,650 movies were released, and 726 music albums became a reality.  These numbers most likely don’t include every self-published book, movie or album, so the totals are probably quite a bit higher. But I think you see what where I’m headed.

In a world where the sheer volume of what’s available can overwhelm even the savviest of us, we’re looking for cues to help guide us. Too often, I see businesses and individuals alike failing to make this connection. The businesses and entrepreneurs that will last and thrive in this environment understand with perfect clarity that it’s about more than producing the latest gadget or providing the trendiest service.

It’s about providing a filter.

Case in point, let’s take a look at movies. It’s the season for award ceremonies, like the Golden Globes, SAG, and the Oscars. It might be tempting to think that these awards only exist to puff up the egos of the people who make them. Perhaps that’s some of it, but it’s also about the filter.

With one nomination, a movie’s advertising can go from being American Hustle to Oscar-nominated American Hustle. It seems like an incredibly small thing, and yet the addition of Oscar-nominated adds yet another nuance to one film that helps it pop out of 1,650. Earning nominations doesn’t guarantee a film will be better, but it does increase the odds of making more money.

The research firm IBISWorld crunched the numbers and found that “the average Best Picture Oscar winners over the last four years saw a bump of 22.2 percent (or $20.3 million) in box office revenue after they were named a nominee and an additional 15.3 percent (or $14.0 million) following their win at the award show.”

With that reality in mind, think through again how you make a decision, and as you think through how you make a decision, recognize your customers have a similar process they use, too. Very few of us are in vacuum. We’re looking for ways to refine—filter—our options. The companies and things we’re drawn to are the ones who make that filtering easier. Knowing that’s true from personal experience, here are three suggestions to make filtering a part of your business DNA.

1. Get specific: Don’t hide your purpose behind a bunch of marketing language. Provide people with clear, easy-to-understand explanations for what you do. If, for example, someone needs to leave your website for another to understand what you do, you’re failing at filtering. Don’t be afraid to say who you are and what you do. Yes, it may send people looking elsewhere, but the people you want and the people who want you will know they’ve found what they need.

2. Provide choices, but don’t overwhelm: Options are a good thing, but don’t confuse quantity with quality. You know it’s better to do one or two things incredibly well as opposed to 10 things poorly. For all that we love Amazon, some retailers still do certain things better. So instead of trying to compete with Amazon, do things that Amazon can’t. Make the experience personal and memorable. If someone asks for an option that you know will hurt the experience, fight the temptation to oblige, otherwise it will become a habit and you’ll start to look like everyone else.

3. Offer help regardless of the outcome: You won’t get picked every time. It may be you aren’t a good fit. It may be that someone cares more about price than anything else. It may be that the timing stinks. No matter the circumstances, make it a point to provide help. To be clear, it’s not about giving things away for free, but about helping people make the best choice for them. People will remember the businesses who helped them make a smarter decision, and the next time a similar decision needs to be made, don’t you want to be the first stop on the list?