Written By: Catherine Morgan | Comments Off on Tips for Women Business Owners 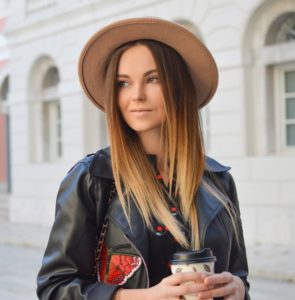 You may have watched the video where Carol recommends that a viewer not think of herself as a female entrepreneur, but as an entrepreneur.

That said, there are some differences between the way men and women tend to run their businesses. In “Six Tips Women Should Follow to Succeed as Entrepreneurs,” a recent post on Bank of America’s Small Business Community, Carol shares her thoughts on what tendencies women might want to watch out for. She begins:

I think of myself as an entrepreneur, not a “woman entrepreneur.” That said, there are things women tend to do as they approach business ownership that often hold them back from being even more successful.

Here are some of my top tips to leave the qualifiers behind so women can become more successful entrepreneurs.

1. Remember, Entrepreneurship is a Meritocracy. When you are the boss, you are the boss, and your potential is unlimited. You have every ability to pursue an opportunity in the same manner as anyone else, so don’t psych yourself out and create self-doubt that holds you back. Only you stand in the way of your own success.

2. Think Big. Women tend to take on less risk than men. This, again, is not because of some rigged system as much as women holding themselves back from going really big. Whether it’s concern over disappointing someone or a fear of failure, you need to be able to lean into risk and uncertainty to be successful.

It’s also often just as difficult to start and run a small business as it is a big one, so why not really reach for a crazy goal? It’s ok to take calculated, educated risk. If you don’t fail at least part of the time, you aren’t pushing yourself enough.

3. Delegate, but Don’t Abdicate, Responsibility. Generally speaking, women are often detail oriented. And the strengths of being good at the details also means you can get bogged down in running your business, instead of growing your business.