The True Cost of Doing Business

Written By: George and Mary-Lynn | Comments Off on The True Cost of Doing Business 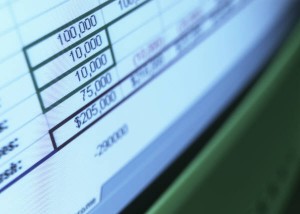 Find a group of people with a problem. It’s advice that prospective entrepreneurs hear again and again.

It’s also advice that comes up short – because it’s only part of the success formula. Those people in that group have to be willing to pay for the solution.

You need the solution – a product or service that eliminates their problem. But even then, you still don’t have a great business idea.

You must be able to produce that product or service for less than they’re willing to pay. By “less” we mean your TOTAL cost. And this is where a lot of entrepreneurs miss the mark.

Let’s talk about an example we witnessed. The names have been omitted to protect the innocent.

A graphic designer decided to go solo. He put the word out and clients flocked to him. Before he knew it, his days were full.

In his first year, his profit fully replaced the $50,000 salary he was earning from his former employer. He was thrilled.

But his elation was premature.

Doubling down on taxes

When he completed his tax return, he had to pay the self-employment tax for FICA and Medicare. His employer wasn’t there any longer to match his contribution.

So as an employee, he paid 7.65% of his income for these taxes. His employer paid the same. As a sole proprietor, he had to cover both sides for a total of 15.3%. Ouch!

His wife had health insurance through her job. He was able to get on it. The cost was negligible compared to the deal he had with his former employer.

But he had a 401(k) at his old place. His employer matched his contribution. He needs to factor this “loss” against his profit – not his accounting profit, but his economic (or real) profit.

He worked from home. So he didn’t have to worry about paying rent.

But it costs money to work at home. You use more electricity, more water, etc. Plus there’s more wear and tear on your house when you’re there more.

It’s something you barely notice. But here’s an easy way to look at it – you’re walking on your floors more. More traffic equals more maintenance. Even with more maintenance, you’ll still probably replace or refinish your floor coverings earlier than you would if you didn’t work at home.

So you should account for your home office as your OFFICE. It’s your business facility.

Determine the portion of your home that your office space occupies. Then multiply the total costs to hold and maintain your home by that percentage. This “rent” is a real expense you need to include in your total costs.

Once he factored in all these costs, he realized that his profit was only about $35,000 – 70% of his former compensation.

But we’re not through yet.

In addition to all these costs, there is another cost that many (if not most) prospective entrepreneurs overlook. It’s your opportunity cost.

When we think of opportunity cost, we often think about money. But our graphic designer didn’t invest a single penny to get his business started.

By bootstrapping his startup, he had the illusion of no investment. But in reality he invested $15,000 – the difference between what he earned as a solopreneur and what he could have made as an employee.

That’s his opportunity cost. He needs to make an educated guess on what he could earn in an investment with similar risk.

If he can’t price his services to cover all of the costs we’ve discussed, he would be better off financially never starting his own business. He will always have what Carol describes as a jobbie in her must-read book, The Entrepreneur Equation.

Of course, there are non-monetary benefits. But you have to pay the bills to keep enjoying them!

Have you experienced any of these issues? Have you worked through the challenges?  Please share in the comments below.