Written By: Catherine Morgan | Comments Off on Twitter’s Takeover and Possible Data Play 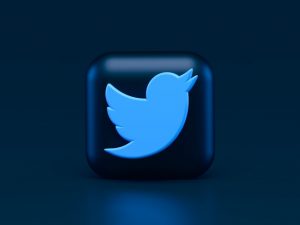 Carol Roth was reluctant to join social media initially, but Liz Strauss convinced her to build her platform on Twitter to support the launch of Carol’s first book, The Entrepreneur Equation. Since then, Carol has built quite a following. (You can follow her here @CarolJSRoth.)

I was curious about her take on Elon Musk’s bid for Twitter. Her recent post on theblaze.com, “Roth: Is Elon Musk’s purchase of Twitter really about free speech?” did not disappoint. In her opinion, this purchase is potentially about data, AI, machine learning, and a lot of things you probably hadn’t considered. Carol begins:

Proponents of free speech and individual rights are celebrating the Twitter board’s acceptance of Elon Musk’s bid to take Twitter into the private sector. Should the deal close, there is a belief that the platform will be more open to diverse ideas and that rules and moderation will be enacted more consistently across the user base.

But I think we have to ask if something else is going on. Is Musk executing the world’s greatest Twitter-troll in buying the company? Is he really stepping up as a champion of free speech and digital rights? Or, given this futurist and serial entrepreneur’s scope of projects and interests that sometimes seem ripped from the pages of a sci-fi novel, is there something else going on entirely?

Given the material amount of Musk’s wealth that is reportedly going into the purchase — both directly and via loans against his Tesla equity — it seems like there must be another factor at play.

You will definitely want to read the rest of this article here.

Photo by Alexander Shatov on Unsplash