Written By: Britt Raybould | Comments Off on Two Business Types: Now and Later 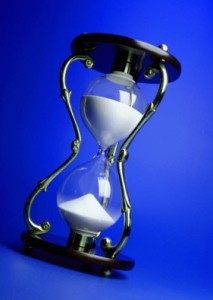 When we go to a restaurant, we expect to sit down and eat within twenty minutes. But when we buy food from the grocery store, it’s not unusual to go several days before we eat what we’ve bought. We have different expectations even though it involves a similar purchase. That said, whether we’re eating in a restaurant or cooking at home, we still expect it to taste good.

When it comes to your business, you may fall completely in one category or offer something in both. Whatever your specialty, how well have you planned to meet those expectations? Even more importantly, do you keep missing opportunities because you’ve misread them?

I believe most of these missed opportunities comes from a disconnect that we experience firsthand, often daily. For example, we walk around with our smartphones all but glued to our hands, afraid we’ll miss something, but then we set our DVRs to record hours of content to watch later. We’ve come to live in a world that operates at two extreme ends of the spectrum

It’s no surprise then that we struggle to both understand and predict customer expectations, regardless of whether they’re for now or later. However, if you’re serious about meeting those expectations, you’ll want to focus on three goals.

It seems like a given, but if you’re delivering a product one way, only to turn around and do something different, followed by switching to yet another way, you’re failing your customers. On the surface, this issue may seem obvious, but take a hard look at your business. Do customers know that their experience will be the same from one interaction to the next? In this area, it doesn’t matter if you’re about now or later. The goal remains the same.

Set a baseline and make sure you’re meeting it every time. Also, avoid cheating. If you’re tracking and analyzing your efforts, don’t sweep outliers under the rug. If, for example, someone received delayed service, make sure you understand why, otherwise there’s nothing to prevent it from happening again and ruining your consistency.

TMZ and other pop news sites do well for one reason: they fulfill people’s desire to follow the lives of other people. If TMZ suddenly started producing long-form, in-depth pieces on climate change, they’d lose the people who want celebrity gossip. Yes, they’re still producing news, but it’s not the kind their audience expects.

It’s easy to get distracted, but your customers expect you to fight the distractions and stay focused. Whatever service or product you offer customers, make sure that once you’ve reached an agreement about what you offer, you don’t change the terms. To be clear, this doesn’t mean you need to avoid all change, but if you’ve promised to deliver a white t-shirt, you shouldn’t swap it out for a white dress shirt.

Sometimes you’ll do everything in your power to accomplish items one and two, but it won’t be enough. The only way to salvage these moments is to stay honest. How many times has it completely changed your unhappiness or frustration with poor service when people opted for honesty?

Slow service in a favorite restaurant is tolerable when the server shares that an accident in the kitchen has caused a problem. Without fail I’m less irritated about travel delays when the flight crew or gate attendants actually explain the delay. It doesn’t solve the problem completely, but it does create the possibility that someone will give your business another chance.

It’s no secret that we live in a world where time and attention get split into a million directions. So the easier you can make it for customers to follow and understand what you’re doing the better. Don’t make customers guess what comes next when they pick your business. Give them at least one thing to hold on to and it will make it that much easier for them to come back the second time.