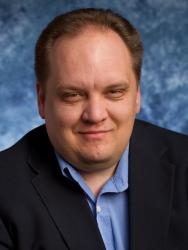 Written By: Troy Kirby | Comments Off on Washington’s Governor Has Let Down Small Businesses 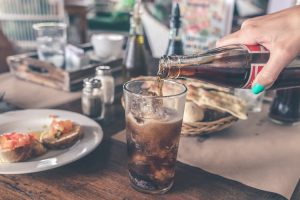 As a native Washingtonian, I knew the Pacific Northwest would crush “flattening the curve” by virtue of its “Seattle Freeze” social distancing practices.

Inslee’s press conferences are a quagmire of rudderless, bureaucratic talk providing zero clarity for small businesses on when, or even if, they will legally be able to reopen – except for golf, fishing and state parks, which are allowed to reopen on May 4.

Forty-seven of 50 states have provided a phased plan that Inslee has not, making him the “Diet Coke” of governors. Just one calorie. Not a very effective for an overall diet plan.

Inslee’s original order shut down every bar, restaurant and entertainment facility, drawing him praise for prevention. Despite affecting two of my personal business interests, I was supportive because it was a public health scare.

Originally, realtors couldn’t sell houses for two weeks, but now they can, as long as it’s done by virtual showings. Small retail shops are closed, but Walmart, Home Depot and Costco are open. Public construction is allowed, but private home building is not. Selling marijuana and drink mixes is legal, but not elective surgeries.

Inslee’s shutdown order has the deliberate confusion of a Don King boxing contract.

By comparison, Inslee had a combined $500 million in requests to the 2020 legislature to fight homelessness and a COVID-19 response. But he offers up 100 times less to supporting small businesses that were directly shut down by his order.

It’s a “Diet Coke” governance style, where a lack of calorie count makes up for tasting a blah substance.

Inslee could have requested the state’s insurance commissioner order insurers to pay out small business loss of income claims based on the effect of the shutdown. He hasn’t.

Inslee could have ordered massive furloughs of state employees to protect against $1-$2 billion weekly losses of tax revenue, including a $100 million loss in gas taxes since the shutdown began. Instead, Employment Security is hiring to handle 180,000 claims filed in the final week of March amid a system website failure.

Those working for an employer or in the public sector seem unclear why a plan is necessary.

For entrepreneurs, a phased plan informs whether to fold up our tent or not because small businesses have overhead costs that employees do not.

Please note: I am not advocating for opening before the science tells us to.

If Inslee’s shutdown won’t end for 3 to 6 to 18 months for certain businesses, he needs to join other governors who offer phased plans for their states. Any business unable to legally operate until the shutdown’s tail end means a negative cash flow during that period, rending that entity dead in the water. Its malfeasance not to provide a plan.

Inslee views small businesses as a taxation piggy bank. In 2019, the state legislature raised the B&O taxes on banks, which banks passed onto consumers. The B&O tax was expanded to doctors in 2020, raising health care costs.

That’s the thing about diet drinks, they often catch up to you only afterward. If your blind spot is the absence of sugar being better for you, it’s the controversial artificial sweetener that will give you a headache or worse. Or you may be gobbling up more carbohydrates elsewhere.

Since Inslee’s first term, the state budget has ballooned from $30.6 billion to $52.4 billion in 2021-22, a rate of $4 billion in annual expansion, based off of B&O tax expansion. Despite having record surplus also arrive each session, the state’s spending requests exceeds its original revenue receipts.

By Inslee not providing a phased plan for small business owners to know whether they will exist or not, it may be entrepreneurs that “Freeze” out the Pacific Northwest in the future.

Article written by Troy Kirby
Follow @SportsTao
Troy Kirby is a serial entrepreneur based in Lacey, Washington. He covered the 2020 Washington State Legislature for TVW, a public affairs television station. He is the recipient of the 2019 Lacey South Sound Chamber Entrepreneur of the Year Award.