What Martha Stewart Taught Me about Content Marketing (and Life)

Written By: Ovetta Sampson | Comments Off on What Martha Stewart Taught Me about Content Marketing (and Life) 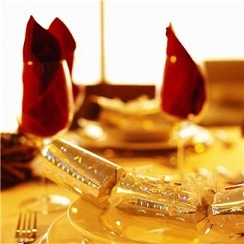 There are women and then there are dames. Martha Stewart is a DAME.

I’ve never been the domestic type so Martha wasn’t on my radar. But this month, I won free tickets to the NPR, political news quiz show Wait, Wait, Don’t Tell Me, and Ms. Stewart was a guest.

Let me tell ya’, I learned more in her 20-minute call-in segment than I ever learned from the nuns at my all-girl high school. Listening to the self-made millionaire speak about her ever burgeoning empire, new grandchild, how she can do just about everything, and siphoning the seeds out of pomegranates was a time-lapsed lesson in business, life and love.

In the 1960s, this Jersey girl took the road less traveled, battling Wall Street barons as a stock broker. Then she flipped the script and turned mundane domestic duties into art, building a multi-billion dollar company. Along the way she lost a marriage, got thrown in the slammer for insider trading and rebounded to become a television, publishing and media star. Now that’s what I call a dame. Here are a few nuggets of Martha’s dame wisdom applied to content marketing.

“Do you know how to get pomegranate seeds out?”

The host, Peter Segal, tried his best to trip Martha up, asking her various funny, yet probing questions about her domestic abilities.

As Martha talked excitedly about how to get the seeds out of pomegranates Segal saw his opportunity. He asked Martha if she went to a friend’s house and saw the host getting seeds out the wrong way, could she restrain herself from showing them the right way.

“No,” Martha quipped. “It would be really hard.” …but…“They will love me FOREVER because I’ve solved a lifelong problem of how to get the goddamn seeds out of the pomegranate!” Martha colorfully and eloquently summed up her mysterious hold on the public. Martha became successful by answering the mind-numbingly, frustrating spoken and unspoken questions of folks around the world. It’s that simple.

When you’re developing content for your blog forget the cute memes and ridiculous cat videos. Focus on core issues your audience cares about. Make sure your storytelling lies comfortably in the “Here’s how to…” zone. People can be entertained by Jon Stewart. They look to you to inform them. Answer people’s questions practically, succinctly and efficiently. Better yet, anticipate their needs and serve them up juicy bits of content to sedate it. You’ll find folks coming back for more.

Are you a good learner?

Segal marveled at Martha’s ability to do just about everything. He asked her what her job really was. “Well, I am a teacher,” she said. “I teach people what they want and need to know, all about living.”

But, she said later, “To be a good teacher you have to be a good learner.”

Understand that developing content isn’t a solo project. Engage with other content providers, bloggers, even competitors in dialog to learn best practices, glean topics – or themes or even engage them in writing for you. It’s okay to sit back and absorb. You don’t always have to be in charge.

“I’m experimenting with my granddaughter…”

By far one of the funniest and delightful parts of the show was Martha talking about her new granddaughter, Jude. But things got a tad peculiar when Jude ended up in a bird cage during one of Martha’s “experiments.” I won’t go into details, lest I mess up the story, but that little tale got me thinking about Martha’s flare for creativity. Nothing is off limits to innovation. Not even her granddaughter.

As much as I’d like to say make all your content innovative, creative and bold, we know that the content beast is a fickle monster who demands feeding daily. Who has time to be witty, funny and creative all the time? So try this trick: Plan at least one bold, out-of-the-box content piece a week. Produce something that showcases your brand’s personality, your company’s quirks, the REAL you. As Gini Dietrich, over at Spin Sucks, said at a Chicago-based Orbit Media get-together, “That thing that you’re most passionate about…the piece your PR person says no to…do that!”

“I wanted to take him home, but I couldn’t.”

Martha was quick to say that most of the stuff on her Wikipedia page isn’t true. Well, all except this bizarre fact—she dated Sir Anthony Hopkins. Yeah, faaavaaa beans guy. She also said that she wanted to invite him to her home in Maine, but she couldn’t get that Hannibal Lector vision out of her head. So she said no. And here’s probably the most important lesson of all—it’s okay to say no! The roar of the content beast is strong and it will entice you to create shoddy blog posts, forget to proof your Tweets, serve up bilge for your audience to consume. Just say no. Post a “We’ll be back” sign or funny video instead. Don’t dilute your quality in an effort to keep up with quantity. It’s not worth the disappointment to your audience.

“Can I make my own Snuggie?”

Still trying to throw Martha off her game, Segal asked Martha what she would do with the popular, yet raffish Snuggie. Martha paused, “Can I make my own Snuggie?” To wit, she launched into a cheery diatribe about producing a Snuggie out of Hudson fabric or something equally fabulous (I can’t remember).

And in that is the best lesson in all: There are few new ideas, so take what’s out there and make it your own. Inject your brand, personality and knowledge into your content and it can’t help but be fresh, unique and like no other.

We would love to hear your thoughts. How do you add your personality into your content?

Article written by Ovetta Sampson
Follow @https://twitter.com/writingprincess
Ovetta Sampson, is a freelance digital writer for Blue Soda Promo, a promotional marketing company based in the Chicago area. BSP offers an amazing selection of eco-friendly tote bags and thousands of stress relievers. With an aversion to real work, Ovetta still finds time to run her own content marketing firm and blog.