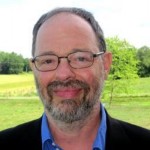 What’s In a Name? A Lot! And It Varies by Location.

Written By: Shel Horowitz | Comments Off on What’s In a Name? A Lot! And It Varies by Location. 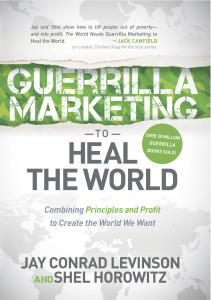 What’s the first thing that comes into your head when someone says “Mercedes”?*

If you’re in Europe, we’ll guess that you think of a company that has a car, truck, or bus for every market niche.

In the United States—where General Motors, Ford, and Chrysler own that positioning—Mercedes brings up images of high-end sport and luxury cars; its competitors are companies
like Porsche and Rolls-Royce, not Chevrolet or Dodge. (Ironically, Chrysler was actually owned by Mercedes’ parent company, Daimler, from 1988-2007.)

And in many other parts of the world, Mercedes is the workhorse of taxi, truck and bus fleets, supplying durable vehicles at affordable cost. In the Spanish-speaking world, Mercedes is also a popular female name, for which the car was named more than 100 years ago.

In short, the same brand has very different associations in different parts of the world.

And this works in the green world, too: What’s the first thing that comes into your head when someone says “Vitasoy”?

As a green business owner, you might be into natural foods—and you could know Vitasoy as a brand of organic soymilk, with various flavor options and a health consciousness. You might even know that the company owns several other soy-related brands, including Nasoya and Azumaya tofu products in the United States and Unicurd in Singapore.

But in cultures like China, Hong Kong, and Latin America, Vitasoy’s soymilks—under such names as Calci-Plus, Tsing Sum Zhan, and San Sui— are marketed as mainstream household beverages; packages I (Shel) have seen in Latin American markets don’t mention the word “organic” (“organico “or “biologico”). Vitasoy’s milk is called Soy Milky in Australia—a name that would not go over well in the United States.

Let’s stay with green foods for another example: natural breakfast cereals. To a shopper in the United Kingdom, Weetabix® is a well-known and diverse line of cereals: the regular kind that’s similar to shredded wheat…organic, crispy minis with chocolate, strawberries, peanut butter, or fruit and nuts…baked with golden syrup…chocolate (non-mini)…crunchy bran…and then variations made with different grains, such as Oatabix. There’s even an o-shaped imitation of Cheerios.

But in the United States, it’s unusual to see anything other than the basic biscuits, sold as a healthy product.

In fact, smart companies segment much more closely than by country. Within 15 miles (24 kilometers) of my house, the same supermarket chain has stores in four communities.

Walking the aisles, you’d think they were different companies entirely. Two are geared toward the adventurous tastes of healthy-living folks in the nearby college towns, with a lot of natural products, green packaging, exotic fruits and vegetables, and so on. And one of those, in a more international community, has an Asian foods section that’s bigger than some Asian grocery stores. The third, in a heavily Hispanic city, has a product selection geared to Puerto Rican tastes. And the fourth, in a working-class city that hosts a large military base, is the land of packaged, bland convenience foods for a burger-and-pasta-salad crowd.

These days, all of us are global businesses. As a green/social change profitability consultant, copywriter, and speaker working solo from a farmhouse in the northeastern United States, I (Shel) have not only served clients from all parts of my own country, but also Japan, Cyprus, Turkey, Israel, England, France, Germany, Belgium, Australia and Malaysia, among others.

Helping an international client incorporate deep social change or reach the U.S. green market is easy for me. But if that client wants to reach an audience in a different market, I have to put myself in the mindset of a potential customer who thinks very differently from me.

For me, the way around this is to focus on the slices of the market that play to my core strengths. For instance, if a company wants to reach the green consumer, or market green products and services to either green or non-green audiences, my subject knowledge is strong enough to make up for the cultural differences. (Of course, it helps that I’ve traveled widely.)

If you want to go into different markets, ask yourself questions like these:

How does entering this far-away market make the world better or address environmental and social problems—and how can you use that commitment in your marketing? Good luck! And if you need guidance on this journey, feel free to contact me.

*Reprinted with permission from “Guerrilla Marketing to Heal the World” by Jay Conrad Levinson and Shel Horowitz (New York: Morgan James, 2016) To learn more about the book and about how your company can incorporate deep social change into profitable products and services, please visit http://goingbeyondsustainability.com or http://transformpreneur.com for entrepreneurs and startups.