When You Assume You Make…

Written By: Seth Sklar | Comments Off on When You Assume You Make… 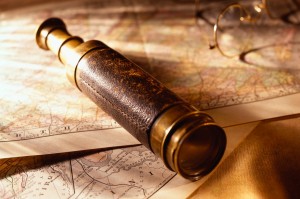 How many decisions have we made based entirely on an assumption?

How many sales have we lost because we assumed a prospect wouldn’t be interested?

Have we lost potential investors because we assumed they couldn’t possibly be interested in our business?

How many products have never come to market because it was assumed that no one would purchase them?

The Webster’s online dictionary defines “assumptions” as “The act of taking for granted, or supposing a thing without proof.”

There is a TV show that is not only receiving attention on all the entertainment sites, but all the tech and business blogs as well – and that TV show is……

Yes, it’s a great show, with a big star (Kevin Spacey), but there are lots of great shows; What is the big deal?  The big deal is that House of Cards is a Netflix original program. Not HBO, not FOX, but Netflix.

Netflix challenged the assumption that great, original programming does not have to be limited to broadcast or cable TV.

But this is of no surprise. Netflix has been challenging assumptions since the beginning. Netflix was founded in 1997 because its owner had racked up over $40 in late fees for Apollo 13. By 2000 the company had built its reputation on the business model of flat-fee unlimited rentals.

Netflix challenged the assumption that people wouldn’t leave the brick and mortar video store, that the Goliath’s like Blockbuster and Tower Video (remember them?) had taken for granted. Blockbuster reacted, but it was too late and receiving the red Netflix envelopes in the mail was the new norm for video rental.

But Netflix wouldn’t stop there. The assumption was that people would only want to watch TV on a TV. Sounds logical. Well Netflix challenged that assumption, and entered the digital world: The world of streaming videos on your computer (and years later on mobile). People would opt for the digital streaming. It was instant. No waiting for DVDs, no mailing them back. Netflix challenged their own model and won.

Now Netflix is challenging the big networks. Who said Netflix can only distribute but not create? Following their digital model of “on demand” entertainment, all episodes of House of Cards were released at the same time. Search #houseofcards on Twitter and it’s amazing how many people are addicted to the show (I am). In your own life and business be the Netflix and build your own House of Cards.

If you’re reading this blog, you are already challenging the assumption that the mainstream press believed in for years: that only they were capable of providing the content that people sought after. Blogs challenged that assumption and are now the go-to source for many.

So how do we become the innovator? We need to ask ourselves: Why does this need to be this way? We need to understand that just because something has not been done, doesn’t mean it can’t or shouldn’t be done. We can’t take anything for granted in life or in business. We need to be constantly asking questions, trying to create, and trying to improve.

What assumptions do you have that you now might challenge? Please share your thoughts in the comments below.