Written By: Catherine Morgan | Comments Off on Who Is the Largest Predatory Lender? The Answer Will Surprise You. 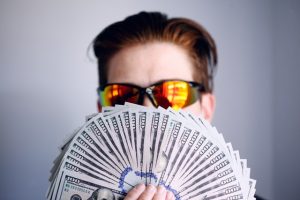 If you follow Carol Roth, you already know she doesn’t pull punches. According to her recent post on theblaze.com, “the US government is the largest predatory lender in the country and must get out of student lending.” (Ouch!)

The government, particularly at the federal level, has morphed from a protector of individual rights to a bizarre game show. It is consistently giving away cash and prizes to a small group of people at the cost of the unwitting sponsors, the taxpayers. One of those giveaways that has resurfaced is the call to cancel student debt. While the costs of college have become enormous and in many cases exceed the value of what students receive in benefits, canceling debt for some or all graduates does not fix the problem.

The problem, not surprisingly, begins with the government itself. The federal government took over the majority of college lending under President Obama, and it has become the largest predatory lender in the country. It preys on teenagers and saddles them with tens of thousands of dollars in commitments that are not generally dischargeable in bankruptcy court (another government decision) for accreditations that often aren’t able to produce a commensurate return on investment (“ROI”).

Photo by Shane on Unsplash