The Attitude of Gratitude in 2021

Why Your Small Business Should Do Content Marketing In 2022

Adding Light into the Dark

I Learned to Love Sales Calls by Doing This

November Is a Great Time to Tell Stories

Why You Should Succeed at Failure

Written By: Cate Moore | Comments Off on Why You Should Succeed at Failure 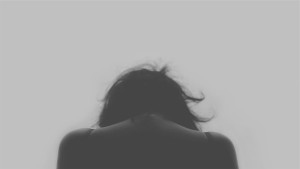 Failure just doesn’t feel good. When you fail, do you feel encouraged? Hopeful? Inspired? Umm, no. I must confess I’ve always detested the word failure, but have recently decided to reconsider this.

A story for you: Several years ago I became bored at work; I knew I was working below my potential and it started to eat me up. I had had a few successful (smaller) entrepreneurial ventures, so I decided to open a medical spa and work my full-time job at the same time. I developed a solid business plan, obtained support from the bank, prepared myself as best I could and off I went for the next 18 months. It was one of the toughest things I have ever done.

Another story (they are related, I promise): I was doing a killer class at the gym recently and this particularly exceptional (and perhaps a bit nutty) instructor said, “Your mind will tell you your muscles are done long before they actually are.” She went on to talk about the value of a strong mental attitude, and deliberately pushing our muscles to failure so they will grow. And if you work out or train for anything physical, you know you don’t make physical gains unless you push to failure, recover and push again.

So here’s the issue: That business I was just telling you about failed. I closed it because I was drowning (and so was my family)

…in the worst stress I’ve ever known.

I beat myself up for a while until I decided I would stop (because nobody ever gets better by endlessly raking themselves over the coals).

Back to that killer class I told you about. I had a moment in that class where I remember thinking: What if we saw our professional failures the same way we see pushing to failure at the gym, like my instructor said?

What if you believed in order to grow into your excellence you first had to fail hard? Could you believe that? It feels uncomfortable to say yes, doesn’t it? But seeing our failures this way changes everything.

Of course we must look at failure with an honest, discerning eye, and without watering the experience down or shining it up. We must identify what we did well, and what we didn’t.

The truth for me: I ignored red flags. I let my self-worth get tied up in the success of my business. I allowed my judgment to be clouded. I asked my family for too much.

What if we tried to view a professional failure the same way we view muscle failure – as the opportunity to fail, recover and grow our skillsets.

My most recent (epic) failure strengthened some significant muscles. If you’re a small business owner, or if you identify with an entrepreneurial spirit, you may relate to this list:

When I closed my business I was sued and it got ugly. I carried a shame that was palpable to others. And then, about halfway through the whole process, my lawyer sent me an email showing his (rare) sensitive side. He wrote, “This whole situation would have broken others with less fortitude long before now.” In that moment I realized how much my resilience muscle had grown.

In business, resilience is a really useful muscle.

Before my failure, I would have described myself as meticulous, and I would have been dead wrong. I read contracts, of course, but not with an appreciation for the ambiguity of legal language.

Because I believed the word of others and didn’t check and re-check for myself, I caused a great deal of liability for people involved in my business. I financially exposed several people who invested in my business, and although it was unintentional, the impact was the same when things went south.

Developing your meticulous muscle will save you years of agony if things go south.

There is only one way to the other side of ego and that is through it.

When you close your business and lose hundreds of thousands of dollars after your family sacrificed everything to see you follow your dream, you take a big gulp and just move forward.

Ego can help you push through, but know when to let it go.

There is nothing quite like an epic failure to help you realize how deeply blessed you are to have people who believe in you unconditionally.

For over two years, my husband handled absolutely everything at home, including caring for three busy children and a dog, and worked four nights a week while I built my business.

Appreciate the people who carry you.

I used to believe it in theory. Now I know it in my heart.

You are so many things, but a failure is not one of them.

The cup really is half full; second (and third and fourth) chances happen all the time.

Eight weeks after I threw in the towel and did the right thing for my family and me, I received a surprising call from a company about a dream job. Initially, I declined the request to speak because I still couldn’t see past my shame, but I reconsidered after a conversation with my husband.

I ended up being offered and accepting a great position – and have never had so much fun in my life! The opportunity I was given is nothing short of miraculous.

You just never know what’s around the corner.

Failure will happen; it is inevitable. Winston Churchill once said, “Success is stumbling from failure to failure with no loss of enthusiasm.” I think he was on to something.

Why not give the failure some purpose? You have nothing to lose by reframing your failure and using it in a way that allows you to strengthen your business muscles.

What muscles have your failures strengthened?

Article written by Cate Moore
Follow @@catemooredotca
Cate Moore is an author, senior sales professional, & entrepreneur with over 18 years of experience in pharmaceutical sales/marketing and small business. She is the VP, Sales & Marketing at DelShen Therapeutics Corp – a leader in Canadian Medical Marijuana. Cate has her own blog and often presents on courageously authoring our own stories, health & wellness, and the success that comes from living authentically in life, love, and business.*Cate’s life philosophy is about living authentically… “Because loving your inner train wreck is how the magic happens”*