Why Your Book – or Business – Will Be a Flop

Written By: Rich Gallagher | Comments Off on Why Your Book – or Business – Will Be a Flop 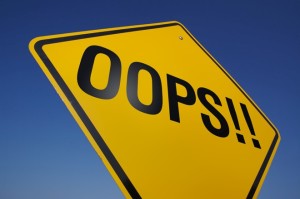 People often ask me for advice on how to land a book contract (I’ve penned nine and ghostwritten several others) or start a business (I’ve been successfully self-employed for much of the last two decades). And I gladly give it. But the vast majority of them will reject my single biggest piece of advice – ironically, the one that almost always determines whether they succeed or not.

Let’s start with the budding book writer. He tells me he wants to find a publisher for his nautical memoir Three Sheets to the Wind. I suggest that I am not aware of a market for nautical memoirs. He responds by furrowing his brow and saying, “This is why I need to write this book! I’ll have the whole market to myself!” At which point I politely excuse myself and start looking for a pole to bang my head against.

Or the fledgling entrepreneur who has spent all her career as an entomology professor, and now wants to become a motivational speaker talking about “What Bugs Can Teach You about Success.” She stares blankly at me as I suggest the possibility of cutting her teeth on more popular speaking topics, and can’t stop railing about why the local TEDx conference rejected her proposal.

I have frankly been guilty of this as well. Over a decade ago, I had a moderately successful book from a major publisher entitled The Soul of an Organization. My fantasy was that I would go around the country helping organizations uncover the core values of success. I soon discovered the hard way that no one wanted to find the soul of their organization, but nearly everyone needed customer service and communications skills training – and the rest is history.

Nowadays, nearly all my books and training programs are specifically purpose-written around a clear market with existing competition. As a result, I spare myself the burden of trying to convince people that they need what I am offering. All I have to do is be really, really good.

Here are some examples of how people eventually learned to wrap their interests around the market:

Some of you may be saying, “But what about people who succeed with totally original ideas?” Fair enough. Here is what I might suggest: Take everyone you know personally who has done this, compare them against the number of people you know who have been struck by lightning or won the lottery, and then decide whether to follow your bliss or not.

Ideas are a dime a dozen. (For a chapter-length treatise on this, check out our genial host Carol Roth’s book The Entrepreneur Equation.) Markets are precious and surprisingly hard to build from scratch. Start with the market first, and you will make you path to success that much easier. Good luck!