Written By: Catherine Morgan | Comments Off on Winning Against Goliath Competition 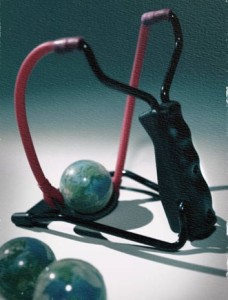 As we head into the shopping season and the holidays, I thought it made sense to publish this post that Carol wrote for the Nextiva blog. While we are tempted to believe that the big guys will always win, she shares some strategies on how small businesses can differentiate themselves and keep their customers.

Many communities argue against big companies like Wal-Mart moving into their areas because they believe that these big corporations will eradicate local mom and pop stores. Granted, big, burly businesses can intimidate their smaller counterparts. But David brought a slingshot and a bag of stones to the battle. Then, he found a hole in Goliath’s armor and brought him down with a single stone. The “David’s” in the small business world are small but limber. By recognizing the holes in large competitors’ armor, you can turn your business into an effective slingshot that earns its own piece of the pie.

You can read the rest of How David Can Win Against Goliath Competition here.