Your PIN for the Cosmic ATM

Written By: Catherine Morgan | Comments Off on Your PIN for the Cosmic ATM 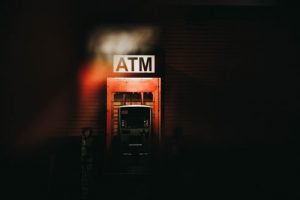 So many entrepreneurs have called me lately saying business has been inconsistent or dried up completely. Some think it will come back over time, and some do not. Either way, they want to bring in some cash ASAP.

In my experience, most professionals have some valuable skill they can offer that would bring money in fairly quickly.

Let me walk you through two examples.

A client was coming to the end of a contract job and didn’t have anything in the pipeline for the next contract. They are a former CPA and QuickBooks expert, and since this conversation happened in early February, they clearly had skills they could get paid for immediately.

I suggested they go through a quick training with one of the tax preparation services and do as much tax filing work as they wanted until April 15. They agreed they could do it, but that option didn’t get them excited.

However, it sparked the idea that some of their former clients and other small business owners might have an immediate need for help with QuickBooks and getting ready to file taxes.

They couldn’t get off the phone fast enough to make some calls and get some cash.

This person has my highest respect. A former investment banker, they transitioned to creating marketing and revenue-generating strategies for clients. In the past, they also have successfully raised money. We identified two opportunities to generate beaucoup bucks within a quarter or two.

The first was jumping into a family member’s business that had gotten through the proof of concept phase and was ready to go to the next level. Conveniently, the Rainmaker was an expert in this industry. Using their superpower of sparking consumer demand and jump-starting sales, we set the audacious goal of doubling the company’s revenue within six months. This seemed totally doable to both of us. The Rainmaker got excited.

These examples may seem obvious to you, but I promise they were not obvious to these talented professionals. Sometime (often!) we can’t see things clearly for ourselves, although we might be able to easily identify options for other people.

If you are looking for a fast path to the cash, look at your best skills – the things you do that you think are easy and anyone could do them. We (you, me, everyone) tend to undervalue things that come easily to us, but often other people struggle with the exact thing you think is easy, and would happily pay you to parachute in and take care of it for them.

Which reminds me, I need to call my professional organizer and book time with her to help me go through stuff as I get ready to move. Gotta run.