Book Publishing: How to Make It to the Big Leagues

Written By: Rich Gallagher | Comments Off on Book Publishing: How to Make It to the Big Leagues 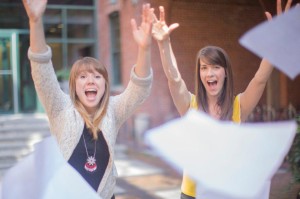 I recently reached a nice milestone as an author: As of this year, I have sold over a million dollars worth of books. At this point I consider myself to be the writing equivalent of an everyday MLB or NBA player – more like a solid journeyman player than a superstar, but a major leaguer nonetheless.

The numbers are actually pretty similar: There are a few hundred active players in each of these sports at any given time, and a few hundred nonfiction authors every year whose new books (a) are released by major publishers and (b) make it to the bookshelves of large chain bookstores.

No one is stopping me in airports for my autograph, and I am not yet ready to retire to Hawaii on my book royalties. But for much of the last 20 years, I’ve been comfortably in the big leagues.

Most people I know who are serious and professional about getting published do eventually get there. So how do YOU get to the big leagues of publishing? Let’s break it down.

You’re famous. Nope. Not even close. I was a humble lay middle manager when I inked my first major book contract. A good platform helps, but many major CEOs can’t get arrested in the publishing industry, while many of the hottest-selling nonfiction authors (like Harvey Mackay, who prints envelopes for a living) have day jobs no better than yours.

You’ve got connections. Interesting theory, but the facts don’t bear it out. Most successful nonfiction authors are publishing industry outsiders, and I certainly am. For that matter, working with, hanging out with, or even being married to agents and editors doesn’t carry much sway.

You’ve invested a lot of money. Many book-promotion gurus would have you think so. To be fair, marketing partners can make a difference, particularly when a book launches. But good books still find publishers, and crappy books with large promotional campaigns are still crappy books that don’t sell.

Now, let’s look at what I feel are the main reasons mere mortals (like me) do get published:

You have great content. Ultimately, people get published because their books contain information people want to buy. How to lead better. How to be happier. Even how to have a four-hour workweek (Tim Ferriss could have practically published a blank book with that title and still have had a bestseller). Good – and ultimately publishable – books always start by filling a need somewhere.

You write *a lot*. When I first started writing seriously back in the 1980s, you could have papered the walls of my room with rejection slips. Today, I rarely pitch a book proposal that doesn’t eventually end up in a bookstore. What is the difference between then and now?

Simple: I stunk back then. I don’t stink as much now. And the difference between point A and point B was paved with lots and lots of writing. The good news? Writing is fun. Or at least it should be, if you are going to do enough of it to become a publishable author.

I had a lot of fun in the pitching innings in the minor leagues, ranging from newsletter articles to the newcomer’s guide for Mission San Juan Capistrano (my church when I lived in California), and all of it sharpened my axe as a book author.

You play the game by the rules. I feel the single biggest reason I became published was by becoming a student of other successful books. Go to a bookstore, pull books off the shelf, and study their length, style, and chapter structure. Above all, study good titles, because that is ultimately what leads people to buy.

And study the mechanics of what successful query letters and book proposals look like. The road to becoming a published author starts and ends with learning to smell like one.

So do you want to join the club and end up on bookshelves around the country? Think like a reader, study the market, and above all get writing. And have fun!