Nooks and Crannies: My Productivity Secret

Written By: Rich Gallagher | Comments Off on Nooks and Crannies: My Productivity Secret 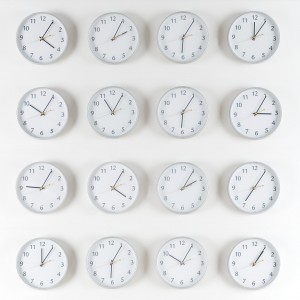 Pour a bunch of rocks in a jar. Is it full? Then, put a bunch of smaller pebbles in. Full yet? Now, fill it to the rim with sand. Finally getting full? Only after you pour in water.

Nearly every single one of us feels that we have no time. We can’t make even a single second more of it. But in reality, we all have nooks and crannies and crevices of time that seemingly don’t “count.” My big productivity secret? I often live in these nooks and crannies. Here are some tips that work for me:

Get a netbook. And wireless mobile broadband while you’re at it. It costs $200-300, the battery life is as long as eight hours, and it’s about the size of a paperback book. Toss one in your car trunk or suitcase and you’re always plugged in.

Netbooks are sponges that squeeze productive time out of all sorts of places. About a third of my last book was written on airplanes at 30,000 feet. One of the fables in my bestseller What to Say to a Porcupine was knocked off while we were waiting for a table one night in Phoenix. I’ve downloaded major client projects in my dentist’s waiting room. In places where most people are bringing something to read, I’m bringing something to write.

Think small and read anywhere. Some people tell me that they could never read a book or a document on a smartphone. But don’t knock it until you’ve tried it. Thanks to Kindle and iBooks apps, my iPhone doubles as an on-demand library when I am working out, seeing clients, or even stuck between meetings. For the surprising number of books I read these days, I’ve never picked up the book.

Go to the ballpark. Do you watch television or surf the internet to unwind? I’ve got a better idea. Grab a hot dog and a seat at your favorite sporting event. When I lived in Pittsburgh years ago, first plotting my escape from corporate life, my Pirates season tickets were one of my best investments.

Live baseball games serve as some of my favorite “think” times. I get to plug into the rhythm of my life, think strategically, and plan where I am heading, all while the Cubs are getting pounded on the field (sorry Carol …). Unlike more invasive media, sports allow me to be a spectator in every physical and spiritual sense of the word – and more often than not, come away with some great ideas.

Many resources talk about managing your time and keeping your nose to the grindstone. These people clearly have never met someone as ADHD as I am, because most of their tips sound about as much fun as wearing a hair shirt. I prefer finding ways to squeeze more minutes and seconds out of the time that we all have. So, take a look at your day, week, and life, and see where you can fill in some of your own gaps!

Do you have some productivity tips to share? We’d love to read them in the comments below.