95 Million Reasons Why Respect in the Workplace is Essential

Written By: Jim Bouchard | Comments Off on 95 Million Reasons Why Respect in the Workplace is Essential 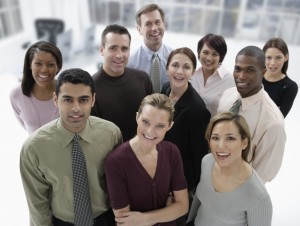 $95 million – that’s the largest judgment awarded in a single case of workplace harassment. When all is said and done, Aaron’s Inc. will ONLY likely pay out about $40 million, but that’s still a hell of an expense for something that never should have happened. I won’t go into the details, just Google Ashley Alford for more information.

eBoss.com reported a settlement of $15 million in a workplace bullying case at the Asheville Citizen Times in North Carolina. This type of settlement is becoming more common. All too common in these cases we find that the organization had numerous chances for damage control.

Those are the marquee cases. Most expenses from workplace bullying and incivility are subtle and difficult to detect. Much of it simply goes unreported. In other cases, incivility is dismissed only to expand into full-blown cases of harassment and abuse.

What’s the big deal? Aren’t we dealing with grownups here? Shouldn’t we all just toughen up?

To a degree, yes. Our hyper-politically correct culture makes firing offenses out of simple stupidity. Flirting does not necessarily rise to the level of harassment and a screaming boss should not, in most cases, cause post traumatic stress syndrome.

Having said that, disrespectful behavior in the workplace is expensive. In The Cost of Bad Behavior authors Porath and Pearson conducted a study of Cisco, considered a model of workplace civility. Cisco wasn’t satisfied with simply being a highly ranked organization in the area of civility – they wanted to be the best.

They found that 1 in 100 of their employees were the targets of incivility in the workplace. Being a large major corporation, they calculated the cost of even this low level of incivility at more than $2 million per year! I scaled their calculations for a small company of 100 employees and it came to $4,000 per year. What small business owner wants to simply burn $4,000 a year because of bad behavior?

Add it up. Even the most innocuous cases of workplace bullying can be extremely expensive.

So, what can you do about it?

Whether I’m teaching respect at a workplace leadership conference or I’m teaching a group of five-year-olds in my martial arts program, I have the same prescription for bullies and their targets:

If you’re a bully: Knock it off!

If you’re a target: Knock it off!

If you’re tolerating incivility in the workplace: Knock it off!

Simple but not easy.

You need a comprehensive protocol for dealing with incivility. It does not need to be complicated and it should be flexible enough to filter incidents that do not rise to the level of bullying or harassment. A “Respect Policy” should be created from the ground up with input from all levels.

Your policy should include resources for proactive training in respectful conduct and a mechanism to facilitate and encourage reporting.

The definition of respect I teach came from a third grade student at an elementary school. While giving a talk on respect and responsibility, I asked the students for a definition of the word respect. One young man stood up, bowed and said, “Sensei, respect means taking care of one another!”

I felt like I had been kicked in the stomach! All I could do was bow back to him and say, “I’ve never heard a better definition.”

Have you? Instill this powerful philosophy in your company culture and you will go a long way toward building a respectful workplace environment, which will operate effectively, efficiently and profitably.

So what do you think? Does your company have a Respect Policy in place? Have you been bullied in the workplace? We’d love to hear your thoughts and experiences in the comments below.

Article written by Jim Bouchard
Follow @http://twitter.com/PointA_PointB
Through martial arts, Jim Bouchard transformed himself from dropout, drug abuser and failure to successful entrepreneur and Black Belt. As a speaker and author of Amazon bestseller, Think Like a Black Belt, Jim tours nationally presenting his philosophy of Black Belt Mindset for corporate and conference audiences. He’s a regular guest on TV and radio programs including FOX News, BBC Worldview and FOX Across America.