Written By: Catherine Morgan | Comments Off on A Control Freak’s Guide to Change (Part 1) 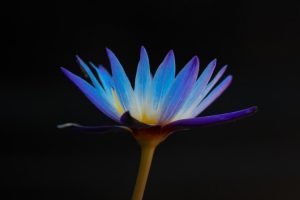 I frequently joke that I prefer coaching other people through career and life changes vs. going through them myself.

Change can lead to opportunity, but change also can be disruptive and downright scary.

Actually, disruptive is virtually guaranteed. Because if things aren’t the same anymore (i.e., have changed), they’ve been disrupted.

It recently occurred to me the primary reason I am stuck and not seeing changes in my life that I keep telling myself I want is because I also want to maintain control, and think I should be able to influence how change comes into my life.

Picture me at a 12-step meeting raising my hand saying, “Hi, I’m Catherine and I’m a control freak.”

You may be laughing thinking that none of us really have control over our lives, and I might grudgingly agree. But some of you, like me, might be holding tightly onto your illusion of control.

It’s comforting to think you can gently unwrap your new and significantly improved version of yourself or your business, but generally that’s not the way change works.

Your priorities will shift at different points in your life or your business. If you have recently been ill, your top priority may be getting rest and recovering.

If you are in the middle of a big launch, you may sacrifice a little sleep to work on your marketing funnel, landing page, shopping cart, etc. Creating any change in your life is unlikely to work because the timing is wrong and the launch is your highest priority.

After the launch, you can work on creating changes and new habits.

According to Merriam-Webster — cross-purpose: a purpose usually unintentionally contrary to another purpose of oneself or of someone or something else — usually used in plural the two were always working at cross-purposes.

The visual I get for cross-purposes is the pushmi-pullyu from Doctor Dolittle, an imaginary creature resembling a llama but with a head at both ends facing in opposite directions.

Wanting security and certainty and wanting to start a business might be cross-purposes that keep you stuck in analysis paralysis.

You might feel sure you want to start a business, and yet you can’t seem to do it because that nagging wish for certainty is one of the llama heads heading in a different direction.

You might think you can micromanage exactly how change unfolds for you. Maybe you can, but that’s certainly not the way I have experienced it.

For me, change has always been chaotic, messy, and uncomfortable. Think of a human birth.

And, micromanaging change may actually stop change from happening, instead of it simply slowing it down.

In nature, things unfold at their own pace and in their own way. Trying to speed the process up generally doesn’t work well.

And what if there could be something even better waiting for you than what you had in mind? Micromanagement would keep that option from showing up in your life.

Change has an energy and life force of its own. I am going to try to honor the process and stop throwing so many blocks in my own way.