A Different Kind of Mice Problem

Written By: Carol Roth | Comments Off on A Different Kind of Mice Problem 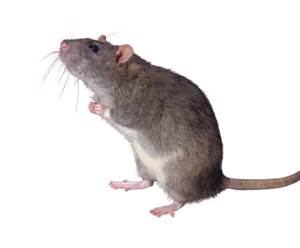 In a recent 5.5 hour delay at NYC’s LaGuardia airport, I spent a lot of time cooped up in the C terminal (because not only is the Red Carpet Lounge ingeniously located outside of security at LaGuardia, but it closes at 8pm, regardless of flight delays).  And what I learned about the C terminal is that some of the guests never leave.

I spent the majority of my layover perched on a chair, watching a variety of mice “playing games”.  There were two in particular that were a team, trying very hard to get pieces of a cracker that lay smack in the middle of one of the gates.

At first I was petrified, but then I moved into trying to photograph and video them with my Blackberry (what else was I going to do for 5.5 hours, especially when I didn’t want to move because there were mice running about?)

As my delay came to a close, I noticed that two janitorial employees had taken a seat in the gate area just a few seats from me, perhaps on a break.

I got their attention and pointed to the mice.  “Do you see them?” I inquired.

They laughed and the woman said, “Oh yes, they’re here every night”.

Things were so bad at their job that two janitorial employees not only acknowledged the presence of mice, but did nothing and treated it like it was a normal occurrence.

In my world, it’s not normal to have an airport gate filled with mice.

So, ask yourself, does your business have a mice problem too?

Not actual rodents running around, but an issue that is not acceptable in the real world that your employees have given up on and are treating as the norm?

I don’t know why these employees had that attitude.  Was it that:

-That they had acknowledged it to their superiors many times, but were ignored?

-That they had acknowledged it but weren’t given tools to solve it or change?

-That they just cared so little about where they worked that they were ambivalent to the situation?

I didn’t ask, but if you have a “mice problem” or at least want to avoid one:

-Have a mechanism to solicit feedback from both customers and employees. Take the feedback seriously

-Let your employees know that they are valued

There should never be a recurring mice problem in an airport gate area and it’s not something that you want to deal with in your business either.  Do your best to avoid it in the first place, but if you do see a metaphorical (or real) mouse, get your employee a trap, pronto.

Here’s a picture of one of the mice- I named him “Mickey”.  You do that after spending that much time with them.  My video skills are lacking, so the video didn’t turn out… 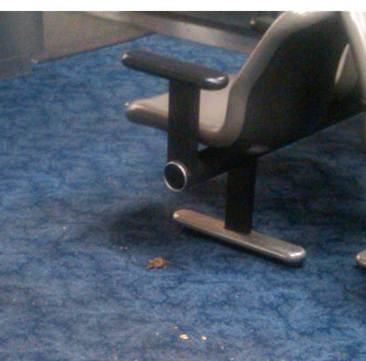