How to Beat the Stereotype and Have a Booming Business

Written By: Britt Raybould | Comments Off on How to Beat the Stereotype and Have a Booming Business 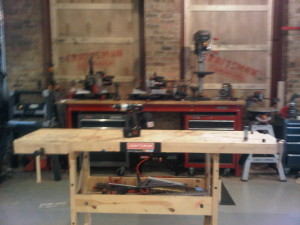 Before moving into my new home last summer, I decided to freshen things up a bit. My changes were small, things like new paint, countertops, and flooring. The biggest project was adding a shower to my master bathroom, but I was using existing plumbing, so it was very manageable.

Little did I know how fast I’d go down a remodeling rabbit hole.

My project drama began and ended with a contractor. I had days where I wondered if the house would ever be put back together. What was most frustrating was the response I got when I shared my concerns with others. “That’s just how contractors are,” my brother told me more than once.

Throughout the three months of repairs, I heard this statement many times from many different people. It felt like I was the only one who expected anything different. Everyone else appeared to accept what I came to define as the contractor stereotype:

Eventually, my project came to an end, and I moved into my new home. It’s been wonderful, but I won’t have anything to do with another contractor for as long as possible. My experience got me thinking though. What happens to people who can break the stereotype of their profession?

For instance, what if my contractor had done the exact opposite? It’s safe to assume I’d be singing his praises to everyone. Any time someone mentioned a home project, I’d share his name. I’d want people to know he exists – to know that there is someone who doesn’t fit the contractor stereotype.

But the reality is that I’ll never mention his name again. Except to tell people who ask me directly if I recommend working with him. My answer will be no.

It raises an interesting question for all of us. Do we confirm or contradict the negative stereotypes about our professions? There’s significant power in stereotypes. The good ones can lift us up artificially for a time, but the bad ones can hold us down perpetually.

Think of the temperamental artist. How many more commissions, how many more opportunities are possible if expectations of a difficult personality are refuted? Think of the shady attorneys of the world. How much easier is it to stand out in a good way by contradicting every negative opinion we have of attorneys?

I understand that it’s much easier to go with the flow and accept the expectations that come with a particular profession. But in a world of me-toos, there’s something to be said for raising your hand and pushing back against the negative stereotypes.

Don’t settle for being the worst possible version of your profession. Be the best. People will notice, and it won’t take long for those differences to raise you above the competition.

Start by making a list. What are all the bad things people say about your profession? Then, list all the things you can do to counter those perceptions. You may already be doing them. But by understanding what people assume about your profession, you can make it a point to highlight how you break the stereotype. That’s a powerful calling card, and one of the easiest ways I know to create a new market for yourself.

After all, imagine the potential business for contractors that keep promises, communicate regularly, and show up on time. I suspect more than a few exist, and they probably have to beat people away with a stick! Or, better yet, start a waiting list.

That sounds like a great problem to have, right? It could be your problem, too, with a little work.