Being Rich Isn’t All About Money

Written By: Catherine Morgan | Comments Off on Being Rich Isn’t All About Money 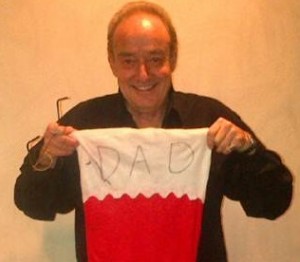 Today I am going to the funeral of a man I feel that I knew – but never actually met. Carol’s father, Bernie, passed away unexpectedly last week. He went into the hospital for emergency brain surgery, and it didn’t go well. He died shortly thereafter.

I have been working with Carol for almost two years and if you know Carol at all, you know that she was very close to her father. Recently he had even been on The Noon Show on WGN radio with Carol giving poker tips and other advice, including favorite horses for the Kentucky Derby. (And some listeners later called in to say they won some money following his tips!)

One time a WGN listener called in specifically to talk to Bernie about something he had just said, not Carol (the host), which was pretty funny. Bernie was a character and larger than life.

Right before Bernie died, Carol did a segment on The Noon Show titled “The meaning of wealth” where she talked about growing up in a blue-collar family and not having a lot of “stuff” – yet feeling very rich. Bernie was a union electrician who worked really hard but still found time to be there for his daughters, teaching them the value of money and hard work. He even coached Carol’s softball team.

The segment is poignant and beautiful on its own, but when you know that the show aired right before Bernie passed, it will touch you in the deepest way. It is a love note from a daughter to a great dad. If you are on Twitter, let’s show Carol and Bernie a little love. Please share this around with the hashtag #Bernie if you enjoyed the podcast.

Listen to “The meaning of wealth” podcast here.