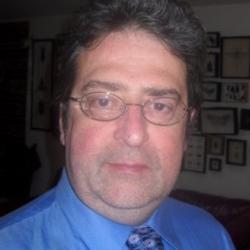 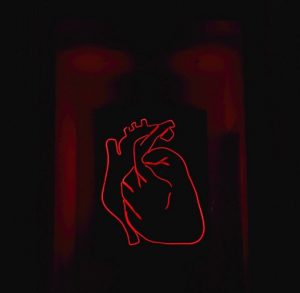 During my career as a professional writer, I have frequently had projects that required me to translate complex scientific and medical topics for lay people. It’s important to understand your reader, and to adjust the level of detail and tone so they can easily digest the information, and actually want to read it.

Your topic might be software, technology or something else, but the same process can help you write more clearly for your readers.

It starts by understanding the complexity yourself. Groundbreaking work in virtual reality for instance, is enabling physicians to walk into a person’s body with a headset and hand controls and see it from virtually any angle to simulate precise surgical incisions.

It’s been used so far for the smallest of patients with congenital heart disease. It logically follows a previous breakthrough in which hearts were printed in 3-D, in precise, personalized detail, allowing surgeons to see exactly where the problems lay and what they needed to do before starting an invasive procedure.

Now, it could be described in academic terms much more densely, which the academicians prefer.

A computer technician could describe the procedure through the use of code that none but another computer expert would understand and indeed, he did.

It was like reading a foreign language and may as well have been in Chinese.

But by having the computer technician describe the process as the laying down of single pieces of paper, one on top of the other, the reader gets the understanding that the heart can be sliced in any way with virtual tools and the pieces of paper project the image as precise slices that can be seen as if a slicer was cutting through bologna at a deli.

Quoting a surgeon using the device is the best way to convey the complexity of the procedure in simple terms, assuming you can get the physician to speak in terms that are understandable to a lay reader.

“What the virtual reality imaging allows you to do, which 3-D printing does not, is enlarge the image to any size you want and divide it and slice into it at any angle as you would wish so you can examine the anatomy. It’s almost like being able to walk through the heart,” said one physician who had used the procedure in actual heart patients.

“It allows you to define the anatomical relationships inside the heart. That’s what this technology is proving to be valuable for,” he says. “You can just ‘walk around’ the heart. I had one patient where I was trying to define the exact relationship of blood vessels at the back of the heart. And I just pulled up the virtual image and was able to define it very nicely.”

That’s something that anyone can understand, whether they have knowledge of medical science or not. And that’s what you’re after.

You have to break down the barrier between what an academic wants to say and what a lay reader will understand. That often means asking the question different ways – or even hammering at your subject delicately to have them speak as if they were at a cocktail party for big hospital donors.

Only then can the meaning shine through and the thought process of the expert be translated to us normal folk who understand the heart about as well as we understand our feet.

The heart pumps blood and we use our feet to walk. That may be as far as our typical understanding may extend. But with some intervention in the process, you can pass on much more information in an understandable manner that anyone who has a heart or feet will understand.

Article written by Rick Asa
Rick Asa is a freelance writer and copy editor with a strong background in health & wellness, dentistry and relationships. A former reporter, Rick has more than 20 years of experience in pretty much any type of writing – from articles and blog posts to academic white papers and books.