Do You Hate Doing Video? Me Too. Get Over It.

Written By: Catherine Morgan | Comments Off on Do You Hate Doing Video? Me Too. Get Over It. 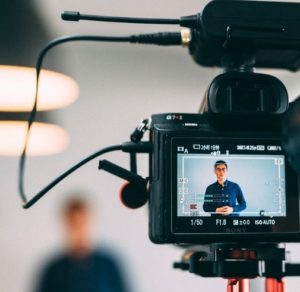 The first time you see and hear yourself on video can be jarring. You might think, “I don’t really sound like that!” or “Maybe I should get some ‘work’ done after all…”

It can be a rude awakening. I get it. But, having helped several clients create compelling video content over the past few weeks, I can tell you this is the kind of pain that’s worth working through.

This is an inconvenient truth for those of us who would prefer to hide behind the written word.

And, video converts at a much higher rate.

You may have a business that NEEDS video

I have a new consulting client who is a speaking and presentation skills trainer. She’s a new business owner and knew she needed video of her speaking so people could get a feeling for her style and content, and hopefully hire her.

We arranged to have her speak at a Toastmasters event because she was a member of that group for many years and it was a comfortable environment for her.

We videotaped her 10-minute talk. This gave us footage of her speaking to a live audience so people could see her in action, and watch her keep the attention of the room. She did a great job.

Because she lives in the suburbs and we were downtown, I begged a favor from a friend who has a good video setup in his apartment. After her live talk, we did some impromptu videos of her answering questions at his place.

We then edited that footage down into segments with a title slide with the question at the beginning and a call to action to book her at the end with her phone number.

She now LOOKS like a speaking and presentation skills trainer, and has part of a longer talk prepared and several videos. Boom!

All of this happened within two weeks.

You may have a business that would strongly benefit from video

After we were finished filming my client, my colleague was giving me grief about getting some video of me. Specifically, a video about my new Entrepreneur to Employee service offering.

Flipping him off, I put on the mic and did this video in two takes with no script.

Most people would do better with a script and some rehearsal. I probably would have, too. I simply got lucky.

Done is better than perfect.

You can get a big bang for your buck on Facebook

I then shared the video from my business page to my personal page. People loved it, commented on it, and shared it. I had a few hundred views within a day or two.

THEN, I paid to promote it to a specific group. (You may have read my recent post about being ready for paid content promotion.)

I paid $20 to promote the video for two days and got 1,100 views. Facebook sent me a nice message saying that my targeted promotion was performing better than most 🙂

So yes, I still hate video, but I am drinking the Kool-Aid and making myself do it. The more I do it, the easier it gets.

How can you make them work for your business?