Written By: Shep Burr | Comments Off on Employee Appreciation Now More Important Than Ever 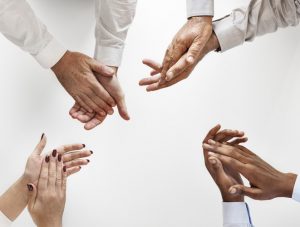 A recent Inc. article by Betsy Mikel discussed a noteworthy claim by Laszlo Bock, Google’s former (and highly regarded) head of HR. Bock says that a major cause of unwanted turnover is employees feeling underappreciated for their contributions at and outside of work.

Bock has raised $40 million to start a new company called Humu.  Mikel cites an interview in Quartz, where Bock says a major mission of his new business is to help companies figure out how to thank employees more often! He will use behavioral change technology to do this.

Bock believes that making people better at thanking each other leads to increased employee retention, improved morale, and higher productivity. The fact that he has raised so much money for his startup suggests that well-heeled investors agree this is an important opportunity.

While digesting this information, I was stunned to read Olaf Storbeck’s recent Financial Times interview of former Bertelsmann CEO Thomas Middlehoff, who related the following: “When I told Mr. Mohn (the owner of Bertelsmann) that I sold our stake in AOL for 7 billion pounds, he said: Great, here’s your bonus. But he never gave me a hug.”

Storbeck reports that Middlehoff made Bertelsmann’s AOL investment for $50 million, and received a $40 million bonus for his business masterstroke. However, in the absence of a more personal expression of thanks from his boss, he felt deflated!

If someone can be deflated for not receiving a thank you after being granted a $40 million bonus, think how the rest of us can feel when we don’t hear a thank you that we think is justified.

Middlehoff contrasted that experience with being thanked effusively by people he volunteered to help. Middlehoff described his reaction to those appreciations by saying, “This just touches my soul.”

In today’s red-hot labor market, client retention must be made a heightened priority for good business health.

A recent labor report noted the negligible 35,000 gap between the number of national job openings and the number of unemployed who are pursuing work. In addition, the average pace of initial jobless claims is the lowest since 1969. After a very long time, this could now be considered a job seeker’s market.

Replacing good workers is time consuming and sometimes very difficult. Therefore, retaining good people is critical to a company’s ability to move forward without taking a step back.

At a time when the demand for labor is so strong, it makes even more sense for managers to mind their manners and thank employees for contributions both large and small. It makes employees happier and more likely to stick around.

Best of all, there is nothing to lose in doing so!