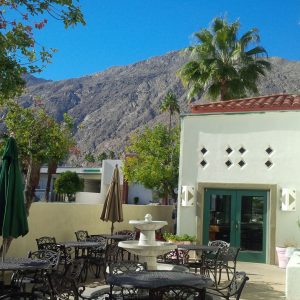 Given that I work with entrepreneurs who are exiting their business, helping them find a great corporate job they love, I hear a lot of shame stories.

One shame story, the reason they reach out to me in the first place, is that they need to – or want to – get a job. I wrote about this in “Entrepreneurial Shame: Dreaming of a J O B.”

Another one is shame that their business failed. (Most do. I’m sorry…)

Or, they were able to sell their business, but the money they got wasn’t enough for them to retire.

Can you believe this is someone’s shame story? I have actually had two different guys reach out with this one recently.

Instead of feeling great about growing a successful business that was valuable enough for someone to buy, they felt because they didn’t exit as millionaires there was something wrong.

I’ll just say what many of my fellow entrepreneurs are thinking: Retirement probably won’t be an option.

However, I actually think this isn’t bad news.

My grandmother Annette was the receptionist for the Mellon Foundation for years and had a lovely modest retirement. Between her pension, social security, and her rent-controlled New York City apartment, she was able to travel, and even live and paint in Paris for several years.

I’ll probably never be able to have that kind of retirement.

I just saw this recent article in Forbes, “Retirement Is In Peril For Most Working Class Americans, Warns New Report,” and I knew I needed to cover this issue here to give some healing – or a “Snap out of it!” slap like in the movie Moonstruck. From the article:

Roughly the same number have less than one year’s income saved in retirement accounts, according to the study.

That “less than one year” is actually nothing for close to three out of five workers.

So, if you’re wrestling with this, you have LOTS of company.

Let me reframe it for you so that you can see this in a different light.

Getting out of day-to-day money stress is a great goal. Aim for that. Financial security and freedom would be fantastic. You should try to have it. I’d like to have it.

However, please know that retirement, as in dropping out and playing golf or cards all day, can be a recipe for disaster for professionals who have their identity wrapped up in their business or profession.

Seriously, what the heck would you do all day?

My other grandmother Claire sold real estate into her late 80s. She said it kept her young, and out of doctors’ offices.

A bored mind is a dangerous thing. Elizabeth Gilbert describes it as a border collie who if you don’t give it a job, will go find one, and you probably won’t like the job it picks – like chewing through the couch.

For the professionals I know and work with, not creating, building, or launching something could be a recipe for clinical depression. And if not that, certainly some existential angst.

Please know that I have had many professionals who retired from their job come to me for help looking for a new job because they were bored out of their minds. They wanted to be interacting with people, mentoring, learning, and contributing.

Retirement is a relatively new idea, and not a great one, in my opinion. For most of time, humans worked until they couldn’t work anymore or died.

Mountains of evidence show that staying mentally and physically fit staves off dementia and a host of other illnesses.

Think about Warren Buffett, Tony Robbins, and Bill Gates. They aren’t slowing down – they are fully engaged and working really hard!

So, if you’re beating yourself up because you won’t be able to retire, snap out of it!

Seriously. Find something you like doing and know that you are keeping your brain in good shape by adopting the habit of being a lifelong learner. You’ll have way more interesting stories to tell, and probably have more fun, too.

If you want to read more about this, you should check out my new manifesto “This Isn’t Working! Why We’re More Depressed Than Ever.”