Expose Yourself for Success as an Entrepreneur

Written By: George and Mary-Lynn | Comments Off on Expose Yourself for Success as an Entrepreneur 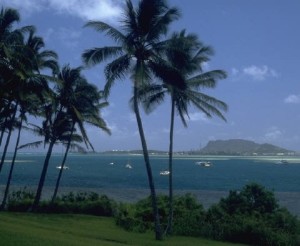 We reached our conclusion after reading the transcript of a speech about getting rich. It was delivered by scientist, professor and author Jared Diamond at the Museum of Natural History in New York. He talked about a natural experiment that highlights the cost of isolation.

The isolation begins
Around 10,000 years ago, Australia, Tasmania, and Flinders Island were connected by glaciers. People could travel freely between them. Then the glaciers melted.

The people were only about 200 miles apart. Yet their boats weren’t able to navigate the rough seas between the three islands. The 4,000 people of Tasmania and 200 people on Flinders Island became completely isolated from the rest of the world.

The isolation ends
These two islands were rediscovered by the Europeans in the seventeenth century. Tasmania was found first. At the time, the explorers noted that it was the most primitive, least technologically advanced society they had ever seen.

The natives had no fire. They didn’t have any tools. They didn’t even know how to fish. Archeologists have proven that they had less technology than they had 10,000 years before.

What about Flinders Island, you ask? Remember, there were 200 people there when the glaciers melted.

When it was discovered around the same time as Tasmania, there were no people there. They became extinct.

So we see that small, isolated groups don’t innovate. They may even regress.

We often isolate ourselves without realizing it. We create our own islands.

How can you fight this urge? Expose yourself! Here are three examples:

Expose Yourself to New Fields
Discoveries aren’t isolated to a single field. If you only talk to people within your field, if you only consume content in your space, you’re missing out on a whole world of ideas that may be fruitful for your field.

Expose Yourself to Different Media
Many people only consume media with which they agree. We suggest that you seek out the opposing point of view. When you do that, you’ll either reinforce your beliefs or you’ll start to discover other alternatives.

Expose Yourself to Fresh People
No – not in a way that could land you in jail! We’re talking about connecting professionally here!

Universities often don’t hire graduates of their own programs as professors. They fear it will lead to nepotistic thinking. Let’s learn a lesson from their policy.

It’s easy to get so busy running your business, working on your career, and managing your life that you fail to invest important time in connecting yourself to people, places and things that expand your mind.

Islands are a great place to visit. Just make sure you don’t get stuck there.

What islands have you seen people create?