Written By: Margie Clayman | Comments Off on Fight the Fear 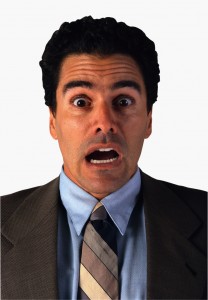 On September 11, 2001, I sat alone in my tiny studio apartment watching the world as I know it come to an end. I was in grad school at the time, didn’t know a whole lot of people, and communicated with friends via Instant Messenger as news reports came on that the Empire State Building was being evacuated because of bomb threats. There were no planes flying overhead, no jet trails in the still blue September sky. It seemed impossible that the world would ever get back to normal. Fear, not terrorists, became the number one enemy that day.

Since that time, fear has had many in the US and around the world transfixed in a sort of daze. Some act rashly simply to prove that fear is not beating them. Others find themselves paralyzed. The economic downfall of 2007 and the ensuing up-and-down roller coaster ride the worldwide economy has provided us with has only added to fear’s great power.

When Carol Roth and Catherine Morgan offered me the opportunity to post here regularly, one message sprang to mind immediately:

We must all fight this fear.

Over the course of the next few months, I will discuss different ways that you can fight the fear. Some of them may seem pretty simple. For example, save up for something in your future. Don’t let the uncertainty of the present paralyze the you of the future. Other conversations we’ll have may seem a little more, well, terrifying to you. For example, we’re going to talk about going ahead and launching that new product even though there are a million reasons why you feel that you shouldn’t. We’ll talk about spending some of your company’s precious revenue on marketing, even though that may seem like the lowest priority on your mind.

Through it all, we’ll be talking about fighting the fear.

Fear is not always a horror movie kind of fear. It’s not always voiced like those never-ending screams of Shelley Duvall in The Shining. Sometimes, fear is just a very quiet, seemingly rational list of reasons why not. Sometimes, fear is dressed in a fancy three-piece suit with lots of pie graphs showing you why you should not proceed. Sometimes, fear is looking at your son’s face and wondering where he’ll be in his life fifteen years from now. Fear comes in all sorts of forms and shapes. We must learn to fight all of them- now more than ever.

What are your fears these days? What is holding you back and why? Let’s talk about it. After all, one thing fear hates is being shoved out into the open – so please leave a comment below!

Article written by Margie Clayman
Follow @http://twitter.com/PointA_PointB
Marjorie Clayman works at her family’s full-service marketing firm, Clayman Advertising, Inc., which is celebrating its 57th year of existence. Margie is the 3rd generation of her family to work at the company, and she does so as Director of Client Development. In the non-working hours, Margie curates content at The Blog Library and creates her own content at MargieClayman.com. In the time that’s left, Margie works as the editor-in-chief at 12most.com.