Naming That Thing in the Air

Written By: Catherine Morgan | Comments Off on Naming That Thing in the Air 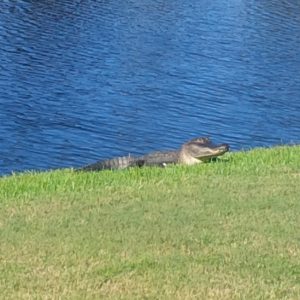 I am sensing a disturbance in the Force, Luke.

There is an uneasiness in the air. People seem to be feeling uncertain.

People are arguing on social media.

Politics is more polarizing than ever.

If you’ve been having more than your share of WTF moments lately, I think we all have.

I have spent the last few months engaging with all types of content and interviewing people. I think I have figured it out.

I recently published “This Isn’t Working! Why We’re More Depressed Than Ever.” The post begins:

Top 10 Reasons Why We’re More Depressed Than Ever

In her viral TEDx Houston talk, clinical researcher Dr. Brené Brown said, “We are the most in-debt, obese, addicted, and medicated adult cohort in U.S. history.”

Her declaration has been stuck in my head for years.

Clearly, this isn’t working for many – if not most – of us.

I don’t think it’s going to get any better until we dig into what’s making us so miserable.

Having spent a few months thinking about it and interviewing people for The Depression Discussions™: The Conversations Entrepreneurs Need to Have, I have come up with the following Top 10 reasons why we’re more depressed than ever.

1. Change is unsettling, and the rate of change keeps increasing.

With the world changing so fast, it’s hard to figure out what the new normal will look like.

I don’t know about you, but some days this makes me want to stay in bed and pull the covers over my head.

Technology innovations keep coming at us at a faster and faster pace.

There’s an app for everything. (Does anyone even remember what we did before apps?)

Self-driving cars, AI, AR, VR, robots, etc. will be a big part of our daily lives before we know it.

Even the universe is expanding faster than expected.

And it doesn’t seem like things will be settling down anytime soon.

We are assaulted by screens and sounds everywhere we go.

I’d love to hear what you think about this.