Tall Poppy Syndrome and the Entrepreneur

Written By: Catherine Morgan | Comments Off on Tall Poppy Syndrome and the Entrepreneur 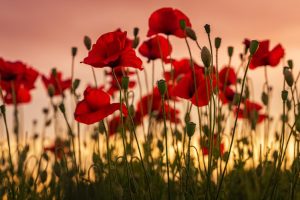 I am currently in a leadership course with several women from New Zealand. One of the women was talking about how she dimmed herself down in meetings sometimes, and went on to explain that she had experienced “tall poppy syndrome.”

The tall poppy syndrome describes the cultural phenomenon of mocking people who think highly of themselves, “cutting down the tall poppy”. Common in Australia and New Zealand, it is seen by many as self-deprecating and by others as promoting modesty and egalitarianism. Wikipedia

I guess it’s a fairly effective social construct for keeping someone in their place.

However, as entrepreneurs, we need to stand out, and we may, in fact, be a tall poppy quite deliberately.

That said, we may also experience a cut from a friend or family member, as I did last week.

I had a friend over to my house for the first time. He had given me a lovely gift of some oil pastels for my birthday years ago, and I was excited to show him some of the drawings I had done. He seemed fairly interested as I explained what I did with the pastels he had given me vs. the ones my grandmother had given me, etc.

Later, I reminded him of a conversation we had a few months ago and started showing him a video I made on the topic. I started playing the video and he saw the cool “logo bump” after the intro and asked who produced the videos. I said I did.

Then, a minute or two in, there were some overlays of pictures and videos, as many of the thought leaders in the self-help space do, to keep people visually engaged with “taking head” videos and he remarked, “Think you’re Spielberg?”

That actually stung a bit.

Then, when the video was over, he asked if I had a YouTube channel.

I said I actually had two – one for my training around career transition, and the other for my speaking and interviews for this blog.

I started listing some of the topics I had covered in my Between Us series, which I love and I thought would be interesting to him, but this is when I lost him completely. The whole mood of the visit shifted. I had clearly triggered something in him.

You see, I am quite proud of what I have done with my videos, and colleagues and clients tell me how much they like them.

In fact, everyone who watches them comments on them.

But, in this case, I guess I just seemed like a tall poppy, and his reaction felt like who do you think you are?

To be clear, I think I am a business owner marketing my business in the best way I know how.

And, I am trying to stand out from the insane amount of content being published every day.

I guess I am a tall poppy, and I’m good with that.