The Easiest Way to Turn Off Customers

Written By: George and Mary-Lynn | Comments Off on The Easiest Way to Turn Off Customers 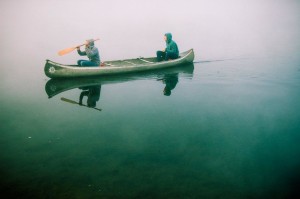 It was a Saturday morning. We were on the outskirts of Chicago, driving in for a day of business meetings. Traffic was getting heavier.

We turned the radio on to a station that promotes traffic reports every ten minutes. Only they weren’t doing them on this particular Saturday – or any Saturday (or Sunday) for that matter. They only do them during the week.

Of course, it makes sense to only do it during the workweek. However, that’s not what they promoted. They promised something they didn’t deliver. It’s often little things that do the most harm to relationships.

Have you ever had a service company just show up at your door even though they told you someone would call first?

Have you ever requested information which you were told was on its way but you never received it?

Have you ever been passed off from the sales rep to the technical people, only to find they can’t give you what the salesperson said you would get?

What was your impression as a result? We’re sure it wasn’t favorable. It probably chipped away at the emotional goodwill that had been created previously.

An essential element to building your brand

A brand carries a promise with it. Your promise leads to expectations by the people you serve.

Promises are easy to make, but not as easy to keep. So if you want to build trust, you have to make good on your promises.

The easiest way to turn off customers is to make promises you don’t keep.

Follow-through is an essential element to building your brand. It’s the great separator – the few who do what they promise rise above the many who don’t. Even little things can leave large impressions.

People don’t buy from businesses. They buy from other people. So your brand is only as good as your people.

We often have the best of intentions, but it’s impossible to judge someone on their intentions. So we humans do the only thing we can do: We base our opinions of people on whether they deliver on their promises.

The result of two surprises

So how can you do that?

As the leader, it starts with you. Develop a system to record every promise you make.

Do whatever works for you. It can be as simple as pen and paper or as complex as an app (which shouldn’t be difficult to use or you won’t use it).

There are two keys to making any system like this work:

Play to your strengths

Let’s face it. There are two kinds of people in the world – big-picture people and detail people. Few people can do both well. So…

Is there a cost to keeping promises? Yes.

Is there a price to pay for not keeping them? Yes.