Why You Need to Mentor Yourself

Written By: Britt Raybould | Comments Off on Why You Need to Mentor Yourself 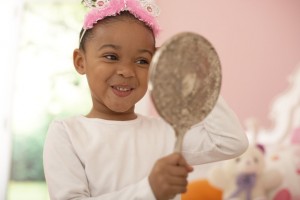 It seems like there’s a bit of an obsession of late with this idea of finding a mentor. It’s probably connected to this idea of the “hidden job market.”  It’s almost like the new version of getting an internship. The story goes that to really succeed, you must have a mentor, and preferably someone who is well known and well connected. It’s little wonder since it seems like the job market today is based on who you know rather than what you know.

But what if we’ve confused the issue? What could happen if we started mentoring ourselves and stopped waiting for someone else to mentor us? It’s an idea that stems from reading the amazing book So Good They Can’t Ignore You by Cal Newport. He makes an excellent case for why “following your passion” doesn’t work and introduces a concept that I think makes us perfect mentors to ourselves: career capital. He writes, “…if you want a  great job, you need to build up rare and valuable skills—which I call career capital—to offer in return.”

It would be tempting to assume that these rare and valuable skills are only available through other people. However, in story after story, Newport outlines many of the people whose jobs we envy—radio hosts, venture capitalists, musicians, scientists—and makes a strong case that their success came piece by piece. Yes, timing and relationships played a part, but what these people had done beforehand to prepare for those moments mattered more.

So, in this context, what does it mean to self mentor?

1. Stop lying to yourself.

I list this one first because I think we’re all guilty of it. Who hasn’t played the mental games of building up what they’ve done? Yes, I definitely deserved that job because I did X, Y, and Z. Maybe it’s true, but is there another truth you’re hiding from? Did somebody else deserve it more than you?

If you’ve been telling yourself a story about why your business failed, it’s time to stop. Yes, you may have done everything “right” and no one showed up, but did you bother starting a business anyone needed? The lies we tell ourselves do little to change reality, and only get in the way of us reaching our goals.

Self mentoring isn’t easy by any measure, and this one will be the most challenging. We often look to other people to hold us accountable, but what happens if a third party isn’t available? Do we stop being accountable? It’s easy to think that if someone isn’t watching our every move that we get a pass. However, self mentoring means accepting accountability for everything you do, not just when someone is looking.

It’s easy to get caught up in the idea of “perfect.” But self-mentoring means you’re focused more on progression than perfection. Your goal is to be better tomorrow than you are today. For instance, let’s say you’re interested in learning how to code.  Luckily there’s no rule that says you’re ever too old to learn how. So instead of waiting for a programmer to come along and offer to teach you, sign up for CodeAcademy or take a course at a local college. Waiting for a perfect moment to act will all but guarantee that you never move forward.

We’ve latched on to this idea that we need a third-party mentor to make any progress. While it’s fantastic if you can find someone to support your efforts, stop waiting around for that wonderful mentor to arrive. The time to act is now, and the only mentor you need to get started is looking back at you in the mirror.

So what you think? Are you feeling the urge to challenge yourself, to be the mentor you need to reach your goals?