Workplace Bullying Is a Thing and It’s Devastating

Written By: Catherine Morgan | Comments Off on Workplace Bullying Is a Thing and It’s Devastating 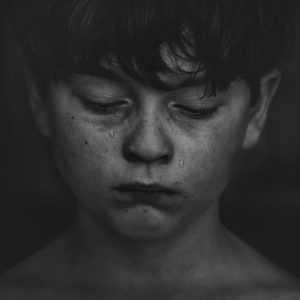 Twenty years ago, I was a new consultant at KPMG. I was sitting at a long conference table with nine other consultants who outranked me. Something I said really irritated the big-boss partner at the head of the table who started screaming at me in front of everyone that he could fire me right now if he wanted to.

He was on a starvation diet at the time, which clearly affected his judgement. I waited to be excused to pack my stuff, but someone else jumped in to diffuse the situation and nothing came of it.

Later, at another firm, I was badgered and bullied and screamed at by a senior manager who was trying to get me to say something bad about the person who had hired me. Again I had someone yelling at me that they could fire me right now, but we were alone in a room so there was nobody to jump in and save me.

This time I did start gathering up my stuff. She backed down because what I brought was actually critical to the success of the project.

I wasn’t the only person to experience her wrath. She later got fired from the firm for this unacceptable behavior, which cost the firm several great consultants.

As a career transition coach, I have heard all sorts of horror stories of bullying within Fortune 500 companies, and ones that have made a Best Places to Work list.

There was the woman who worked at a pharmaceutical firm who had a senior manager pick up a heavy conference room chair and hurl it across the room. She felt completely unsafe from then on, and refused to go back to working in that building for fear she would bump into this man.

If you can believe it, he didn’t get fired for that.

But bullying doesn’t have to be physical. I have had plenty of clients who were traumatized by a new manager coming in and being dismissive and disrespectful, or downright critical of their work.

Many of my clients had a good relationship with their previous manager for many years. They had a history of good reviews. Then, a new manager replaces that manager. This new manager wants things done differently and doesn’t communicate this well (or at all) – or wants to bring their own people in so they need to push out the existing team.

Several clients have ended up in the emergency room thinking they were having a heart attack.

Recently, a client was singled out and humiliated via group texts and verbal threats by their manager. Pictures of them were altered with sexual innuendo, and they were targeted for their religious beliefs.

My client was forced to separate from the company and had a complete mental breakdown with symptoms similar to PTSD.

The workplace should be a safe space for everyone. We spend so much time at work and there is no excuse for a hostile work environment.

If you read this blog, I doubt you would do any of these things, but make sure that nobody on your staff is treating colleagues disrespectfully. It won’t end well for anyone.

Workplace bullying creates a toxic work environment and kills productivity. You’ll risk losing your best employees and your business might not survive it.