Agency and the Gig Economy: Don’t Be an Idiot

Written By: Catherine Morgan | Comments Off on Agency and the Gig Economy: Don’t Be an Idiot 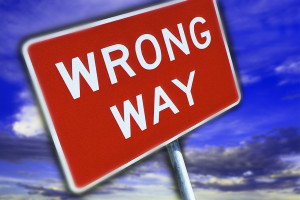 Not one – but TWO clients sent me this article “The Gig Economy Celebrates Working Yourself to Death,” published in The New Yorker, wondering what I thought about it.

In fact, I had lots of thoughts about it, and my blood pressure hasn’t been this high since I almost stroked out at my last job before leaving to start my business.

My immediate response to both clients was, “As opposed to 70 hours per week of white-collar indentured servitude?” Both sent an LOL response because they had experienced that – and then been unceremoniously let go by ungrateful employers.

But my advice is the same to people who are working themselves to death in either situation (corporate or entrepreneur): You have agency. Don’t be an idiot.

To give you context, the article describes a very pregnant Lyft driver who accepted fares even as she was in labor. In a marketing decision that leaves you scratching your head, Lyft corporate decided to call this story out as an example of dedication and commitment, instead of the driver as someone who should have her head examined, and put herself and her passengers at risk.

And here is a paragraph from the article that sums up the author’s main points:

“At the root of this is the American obsession with self-reliance, which makes it more acceptable to applaud an individual for working himself to death than to argue that an individual working himself to death is evidence of a flawed economic system. The contrast between the gig economy’s rhetoric (everyone is always connecting, having fun, and killing it!) and the conditions that allow it to exist (a lack of dependable employment that pays a living wage) makes this kink in our thinking especially clear.”

Let me deconstruct this and add some sanity to an insane world.

Defining what the gig economy is – and isn’t.

If Uber, Lyft, Fiverr, and TaskRabbit are generally considered representative of the “gig economy,” that isn’t what I consider viable full-time income replacement.

I often speak about having a “job portfolio” as one way of working that makes sense for some of my clients. This may be a few part-time jobs. Some retainer work and some freelance work. A full-time job while building out your business. A business with some additional income streams.

While it may seem like you are working more, a job portfolio can be a great option for someone who needs or wants flexibility. It can work well if you’re a good time and project manager.

For example, I have my own business, but I also work with Carol on several projects, including editing this blog.

Becoming a commodity is a race to the bottom.

I have some issues with Fivrr and sites like it that, in my mind, cheapen and devalue creative talent. On the other hand, if I were starting out as a graphic designer, I might be tempted to do work to build my portfolio and get leads and recommendations. I had a friend who recently hired a designer for a quick logo and was quite happy with the results.

Personally, I have registered with one of the professional services sites to write resumes for people, but I couldn’t get even close to what I considered a fair rate – bids came in at 20-25% of what I get on my own. (So I deleted my profile.)

If you are a commodity service (your customers see no differentiation between you and someone else), clients will want to pay as little as possible, and you won’t be able to make a living.

Working to death can happen anywhere.

Grey-area “employers” like Uber and Lyft are trying to capitalize on our love of rags-to-riches stories and taking charge of our destiny. The entrepreneurial dream is the drug of choice lately.

But, it’s unlikely that any driver is going to get rich. However, it may be a stop-gap option to keep the lights on while looking for something else, or while going to graduate school, etc.

When I used to have my podcast, I interviewed a woman who worked at a high-profile law firm. Like a scene in the Coen Brothers’ movie Intolerable Cruelty, she shared a story where a partner was being carried out by paramedics on a stretcher and someone watching asked if he’d filled out his time sheets.

I was once taken off a project at KPMG because I didn’t answer the partner’s email at 2:00 AM. The partner was an insomniac and I was asleep. I did answer his email before 8:00 AM – but he was annoyed.

Is it OK to expect you to work seven days per week if corporate pays you enough? Are 70-hour weeks without overtime OK? White-collar indentured servitude is another American time-honored tradition.

In short, we control our own fate, and we have the ability to say no to things we aren’t willing to do. When more of us start saying no, employers will need to adjust their strategies.

Most people who almost worked themselves to death will tell you that it wasn’t worth it.

Be smart about your work and your health. You can fix your money situation much easier than your damaged health.