Written By: Margie Clayman | Comments Off on Leadership Lessons from Lincoln (Part 3) 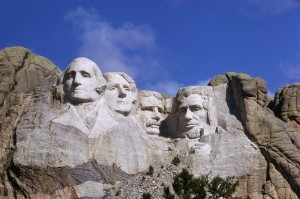 From Catherine: This week we continue with Margie Clayman’s epic collection of leadership lessons from one of the most revered presidents in U.S. history – Abraham Lincoln. If you missed the first post, you can read it here. And here is last week’s lessons. We hope these lessons will inspire you to think about your legacy, and give you some ideas that you can implement in your business. Below we present lessons 41 to 60:

41. Do not take all the credit but accept all of the blame

Lincoln was not hesitant to express his deep gratitude to his generals and his men, but he knew that when things went wrong, he would be held accountable.

42. Remain aware of what is frustrating or disappointing to others

Lincoln knew that many in his cabinet wanted emancipation. He explained his reasons for not freeing the slaves immediately and he kept the communication channels open.

43. Let people know you care even if there’s nothing you can do

During the war, a woman lost five sons. Lincoln, who had lost two sons as a result of childhood disease, must have had some inclination of how she felt. He wrote her a personal letter letting her know that he cared, though there was nothing he could do.

44. Do not let your personal life overtake you

It would have been easy for Lincoln to collapse under the weight of the personal toll he suffered. His son had died, his wife was hysterical with grief, his brothers-in-law were dying for the Confederacy. But Lincoln was able to segment these things away so that he could concentrate on his job.

45. Allow yourself a personal life

That being said, allow yourself time to have a life beyond your job. Lincoln still took joy in his son Tad and tried to go out to plays and the opera with Mary when she was feeling up to it.

46. Force your competition to make the first move

In his first Inaugural Address, Lincoln told the South that if there was going to be a war, it would have to be their doing. Framing a dispute so that your competitor must be the aggressor is a brilliant tactic.

48. Do not resort to force or anger first

Acting out of anger should be your last option. Even when Sumter was being held hostage by the Confederacy, Lincoln tried negotiation long before any force was threatened.

49. Do not judge others by rumor or appearances

If Lincoln had listened to others he’d have assumed that Grant was a sloppy drunk and little more.

50. Do not strive to be a great leader

Lincoln wanted to leave a legacy, but he never said he wanted to be a great leader.

51. Understand the roles of everyone you lead

From his cabinet members to his generals to the men who served in the army, Lincoln understood what each person had to do and the challenges they faced. This information helped him make decisions that were key to the Union’s success.

52. Be kind behind the scenes

Lincoln never publicized when he was going to visit the wounded. He never boasted about shaking hands with his men.

53. Find different types of counselors to serve in your brain trust

Lincoln’s cabinet consisted of many different kinds of men, but each served a purpose. Lincoln also was friends with people from different walks of life and with different viewpoints. All of these people served Lincoln in different ways when he needed guidance or a confidante.

54. Be willing to negotiate

Do not be so unshakeable in your views that you become unwilling to compromise.

55. Be ready and able to fix mistakes

Though Lincoln assigned many generals, he was always willing to remove them when necessary.

56. Do not complain about the pressure you’re under

Not only does this put you in a bad light, but there also is the fact that no one will truly understand what you are saying anyway. The role of the leader is to be, in a way, isolated from those he or she leads.

57. Do not assume that failure is your fault

Lincoln could easily have taken the blame for many of the Union defeats, but sometimes things were simply beyond his control. No one understood how brilliant Stonewall Jackson and Robert E. Lee were going to be. Weather got in the way. Not everything rested on his shoulders.

58. Do not beat yourself up when you make mistakes

Lincoln did not waste time lamenting when he made mistakes. He fixed them and refocused.

59. Prefer that people under-estimate you

Few people realized during Lincoln’s own lifetime how great he was. It was only after his death that people understood all he had done.

60. Expect the best in people

Even in the case of McClellan, Lincoln tried to see the best in the man. His expectations paralleled how he saw people.