Written By: Shanna Mallon | Comments Off on 12 Loathsome Employee Behaviors 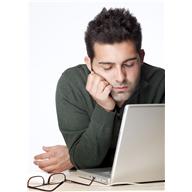 “He’s such a control freak.”

“She is always calling meetings!”

Do these comments sound familiar? If you’re like most employees, you have no trouble recognizing bad boss behavior. You talk about it with your coworkers; you think about it at your desk. You wish your boss would manage better, and you know exactly what it would take for him or her to do so. But here’s a question you might think about less often: If a bunch of bosses shared a water cooler, what would they be saying about you?

A person with a bad attitude isn’t happy about anything. It doesn’t matter what the boss assigns, this employee grumbles and complains about it. Not only do employees with bad attitudes annoy bosses, but they also sour work environments for everyone around them.

Late to work, late to meetings, late to get projects done—employees who are always tardy tend to be employees whom bosses don’t trust. Consistent lateness destroys credibility and tells managers they can’t count on you.

Bosses hate to ask an employee how a project is going, only to hear it hasn’t started—especially when it’s due in two days. Procrastinating employees put managers on edge, always wondering if and when work will get done. That’s probably why, when something goes wrong with a project, the procrastinating employee is the first one to get blamed.

If there’s anything that annoys bosses, it’s employees who bring new drama to work every week. From car trouble to family trouble to headaches, constant drama is a sure sign that employees aren’t getting work done.

Everybody appreciates a little initiative—but employees who are overly assertive don’t help anybody. These staff members push their opinions, raise their concerns, argue with anyone and everyone, and embrace confrontation every chance they get. Worst of all, they don’t listen, ever, making them hard to manage or direct.

At the very least, a manager wants an employee who is honest. Individuals who lie about credentials, qualifications, billable hours, expense accounts, and so on are often found out over time—and when they are, they don’t stay employees for long.

In a business world where e-mail is often the preferred method of communication, not understanding e-mail etiquette is a big mistake. Whether an employee forgets to respond or responds in a way that’s curt or rude, bad e-mail etiquette hurts a company’s reputation. That’s why it drives bosses nuts.

8. Being on Social Media All Day

Employers set social media policies for a reason—a lot of time gets wasted on social networks. While every company is different in the way it handles social media use, employees who ignore policies and play around online are always a liability.

Employees become workplace distractions in many ways: wearing inappropriate clothing, telling off-color jokes, talking too loudly, playing music with the volume too high, and more. Any of these distracting behaviors jeopardize a person’s office standing by making him or her the annoying one who stands out.

Losing your cool in the office is more than embarrassing—it’s unprofessional. Employers don’t want loose cannons who punch holes in walls or yell at customers. So to stay on your boss’s good side, learn how to keep your cool.

Managers know part of their job is to motivate employees—but some employees make it tough. Being lazy, unproductive, disinterested, and unmotivated may seem normal in some office environments, but it’s actually anything but. When cutbacks and layoffs come, the lazy people are the first to be let go.

A sister to laziness, indifference makes a poor work companion. Managers can easily tell who doesn’t care about his or her work—it’s the person who doesn’t take pride in a job or who throws things together in a rush. When someone is apathetic about work, he or she makes it easy for the boss to be apathetic about keeping that person on staff.

What does this list reveal to you? Could any of these problem behaviors describe your work habits? If so, they might be holding you back, so it’s time to take inventory. Look for ways to refine your behavior, and you become an employee no one wants to lose.

Did we miss some behaviors? Did any of these strike a chord for you? We would love to hear your thoughts in the comments below.